Nicola Bayless has called Happisburgh home for a large part of her life.

The tiny Norfolk village overlooking the North Sea is where her daughters grew up, spending summers on the beach and running through the adjacent fields under the historic lighthouse.

It’s where she helped her parents run a small cafe in the annexe of their bungalow, selling hot chocolate with cream and marshmallows. Her home in Beach Road is filled with memories of family barbecues and Christmases, and they are the walls in which she lost her husband, Stephen, four years ago.

Happisburgh is everything to the Bayless family, and it is slowly disappearing, literally being swallowed by the sea.

“There’s no ‘ifs’ about it. I am going to lose my house,” said Bayless. “There’s nothing else we can do. The sea is nature.”

Coastal erosion has claimed more than 35 homes in Happisburgh over the last 20 years, as the coastline creeps inland – threatening the historic village that draws holidaymakers every summer.

“Happisburgh is a 1,000-year-old Saxon village,” said Clive Stockton, who owns the town pub, The Hill House, which has been in operation since 1610.

As the land falls away, historic buildings like Stockton’s pub may cease to exist, along with the oldest working lighthouse in East Anglia and St Mary’s Church, built in the 12th century.

“Coastal erosion is a one-off event. Once it’s gone, it’s gone forever. You can’t replace it. You can’t go even to the place that used to be, because that’s in the sea.” 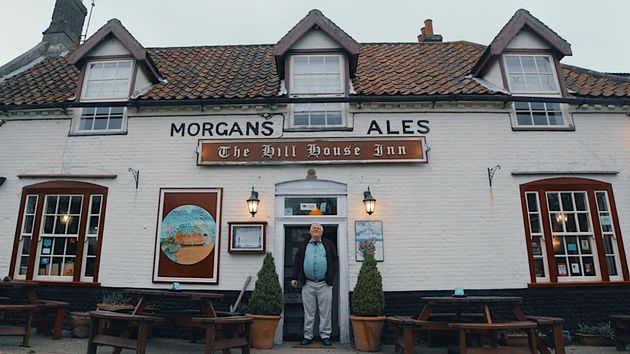 Coastal erosion is a historic problem – the UK’s coastline has been carved out by the process over many millennia – but there are fears it will be accelerated as the world heats up.

Happisburgh is emblematic of many coastal communities in the UK fearing the wrath of the climate crisis. From Fairborne, which will be the first town to be decommissioned in the UK, to the Yorkshire village of Skipsea, 20 homes are at risk of falling into the sea in the next 12 months. 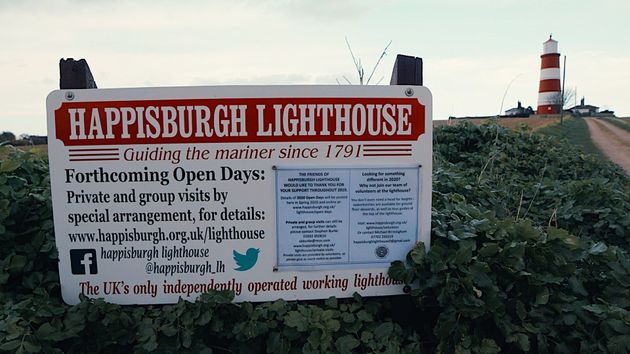 As a result, residents in coastal communities like Happisburgh will soon join a group referred to as climate migrants.

“The fact that the UK is experiencing climate migrants shows the gravity of the situation,” said Muna Suleiman, a campaigner for Friends of the Earth.

“Governments and councils, it’s a new terrain for them. But what we do know is we need to ensure things like flood defences are as strong as possible, and that we do everything we can to protect these communities.” 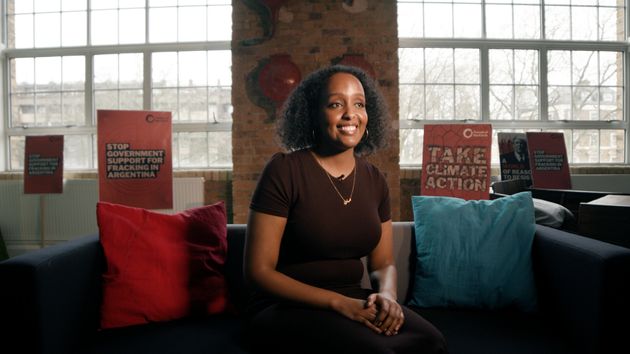 Happisburgh has tried to mitigate the crisis it is facing. In 2009, the village’s Coastal Concern Action Group put in a bid for national funding from the government’s Department for Environment, Food and Rural Affairs (Defra). It received a grant of £3.75m through a programme called Pathfinder, with which it bought homes off those closest to the edge of Happisburgh’s receding coastline.

“We managed to purchase nine properties, which were at immediate risk, to allow those people to move on with their lives,” said Malcom Kirby, who has been head of the CCAG for 21 years.

“For every property that was demolished as part of the programme, one was built inland with the original owners having the option to purchase. The homes were purchased at about half their property value but for some, it was the best case scenario on a home they couldn’t insure or sell.”

One resident to turn down the buyout was Bryony Nierop-Reading, who has lived in Happisburgh since 2009 when she moved into a cliff-top bungalow in a “dream location” overlooking the sea. She declined the Pathfinder proposal, believing she had more than a decade left in the property before there was any real danger. 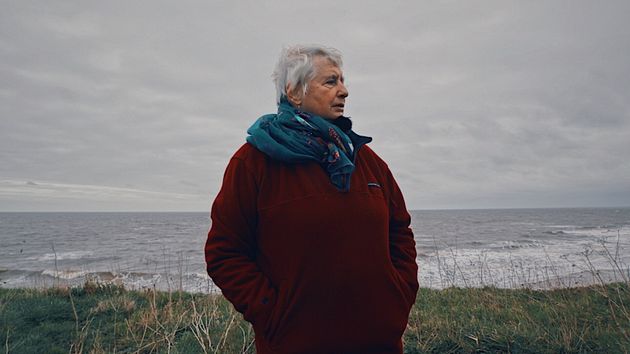 But only 40ft of land separated her home from the unforgiving waters below the cliff and it would be just four years before a tidal surge eventually claimed the bungalow.

“The night of the tidal surge, I moved over into the caravan on the other side of the road. In the morning, I looked across at the bungalow and I thought: ‘It’s still there – I’m safe.’ But when I went towards it, I could see that the whole of the cliff and a third of the bungalow had just vanished.”

It was demolished shortly after the tidal surge as Nierop-Reading watched, surrounded by her friends and family, bidding farewell to her dream home over a glass of bubbles.

What followed was a long legal battle over planning permission as she moved into a motorhome on a plot near where she lost her bungalow.

Despite the long legal battles and the distress caused by losing a home, Nierop-Reading is back living on the front line of coastal erosion – in the property nearest the edge of the retreating cliff edge.

“I felt very strongly that if I am living in a position of danger myself, it is going to focus my mind better than if I move to a comfortable place inland where I would probably do as the rest of people do inland – forget about coastal erosion. At least, that’s my excuse.” 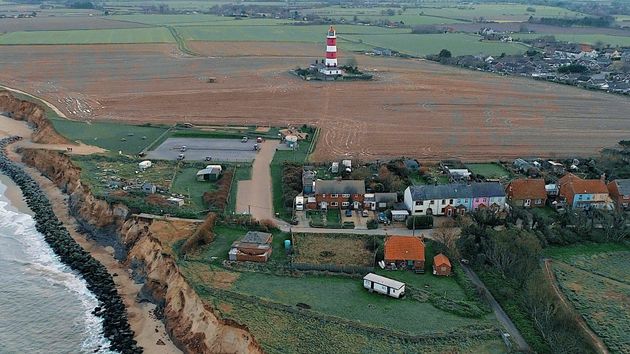 Money like that allocated through the Pathfinder program could be invested in efforts to fortify the coastlines, but some believe it would be better spent relocating the affected communities.

So could the Happisburgh model be replicated in other affected areas around the UK?

“Absolutely,” said Kirby. “We wanted something [in the Happisburgh model] that could, shall we say, change national policy and approach. In other words, central government, we needed to shake their tree, so that they could change the whole framework against which they operate.”

Regardless of what governments decide – here or in other parts of the world – about the issue of coastal erosion, they can no longer ignore the impacts of climate change.

“I think it just shows the absolute urgency of the climate crisis,” said Suleiman. “Even though we know there are parts of the world that are already hit by the crisis, and will feel the worst effects of it, no one is immune to it. So we’ll all feel the impacts of it, and it’s creating this new normal for us.”

For Bayless, her nights are sleepless as the nearby waves crashing on the shoreline can be anxiety-inducing.

“The house trembles,” she said. “You can feel it. And when parts of the cliff drop near the house, there is a shudder. It’s like an earthquake. It’s like a thump, and you move – it makes you move.” 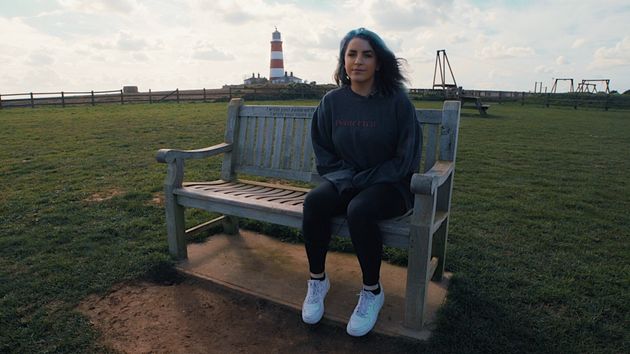 Her 16-year-old daughter Darcy is preparing to move on from her childhood home, which she describes as a one-time “family hub”. Her generation is left to face the effects of climate change as no other has, as physical places change and disappear.

“When I get older and if I decide to have children and have my own family,” said Darcy, “I won’t be able to bring them back to somewhere that I’ve grown up.”