A female police officer was one of at least 16 people killed during a shooting rampage that began on Saturday night in Nova Scotia, and ended after a police pursuit and the gunman’s death.

Constable Heidi Stevenson, a 23-year veteran of the force and mother of two, was killed while another officer was left with non-life threatening injuries.

Police said the shootings appeared to be random, and some of the victims didn’t seem to have known the suspect — who reportedly wore a Royal Canadian Mounted Police Constable (RCMP) uniform at one point.

“The impact of this incident will extend from one part of the province to another,” said RCMP Chief Superintendent Chris Leather during a Sunday evening press conference.

Police first responded to a firearms complaint and several 911 calls in the Portapique area, a rural coastal village about a 130 kilometres from Halifax, on Saturday night.

When they arrived, police found several people dead inside and outside a residence, said Leather, estimating “in excess of 10 people” had been killed. It was difficult to specify the number of victims because “the investigation continues into areas that we have not yet explored across the province.”

About 100 people live in Portapique year-round, while the population grows with cottagers in the summer.

RCMP Commissioner Brenda Lucki said late Sunday that the victim death toll had risen to 16, which surpasses the 14 people killed in the 1989 Polytechnique massacre in Montreal. 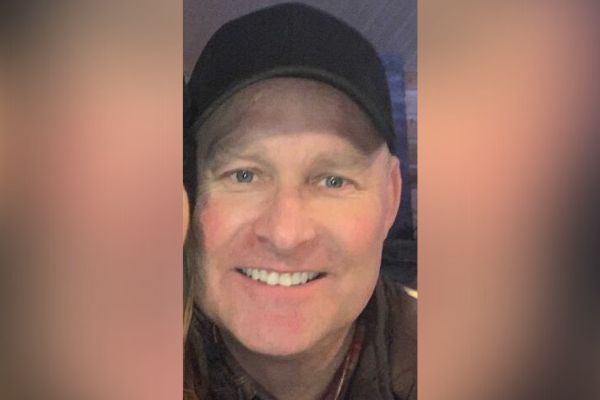 As a search was launched for Gabriel Wortman, 51, residents in the area were told to lock their doors and stay in the basement.

Police said Wortman was driving what appeared to be an RCMP cruiser and wearing an RCMP uniform. They also said he seemed to have switched cars several times during the provincial pursuit which stretched over Saturday night and into Sunday morning.

The manhunt led to multiple sites around the area, some of which were on fire, said Leather.

#Colchester: Gabriel Wortman may be driving what appears to be an RCMP vehicle & may be wearing an RCMP uniform. There’s 1 difference btwn his car and our RCMP vehicles: the car #. The suspect’s car is 28B11, behind rear passenger window. If you see 28B11 call 911 immediately. pic.twitter.com/yyeOeBt8Ui

At 10:40am on Sunday, police tweeted that Wortman was in custody. Leather said the pursuit ended with Wortman’s death, but didn’t provide details on the cause. At one point, police and Wortman did exchange gunfire, he said.

The suspect was stopped about 90 kilometres away in Enfield, a scene that was surrounded by a half dozen police vehicles.

Yellow police tape surrounded the gas pumps, and a large silver-coloured SUV was being investigated by police. A body was seen lying at the gas station. Police would not comment on the body’s identity.

“This was a quickly evolving situation and chaotic scene,” the chief superintendent said.

A Gabriel Wortman is listed as a denturist in Dartmouth, according to the Denturist Society of Nova Scotia website. A suspect photo issued by the RCMP matches video footage of a man being interviewed about dentures by CTV Atlantic in 2014. 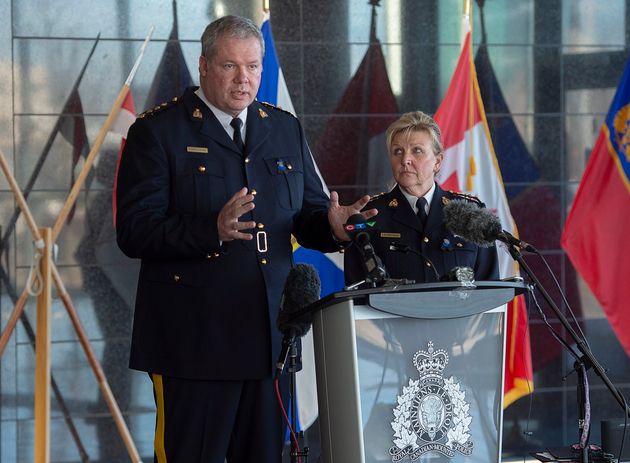 NS RCMP Commanding Officer Lee Bergerman said that Stevenson left behind two children and a husband. “There are no words to describe their pain,” she said.

Police were asked if the Covid-19 pandemic might have played a part in the shooting, but Leather said there was nothing to indicate that.

On Sunday, Prime Minister Justin Trudeau touched on the shooting during his daily pandemic briefing.

“My heart goes out to everyone affected in what is a terrible situation,” he said. “I want to thank the police for their hard work and people for co-operating with authorities.

“As a country, in moments like these, we come together to support one another. Together we will mourn with the families of the victims, and help them get through this difficult time.”

With files from The Canadian Press