How The Coronavirus Pandemic Is Crippling The UK's Seaside Towns

For the UK’s seaside towns and the businesses who depend on them, a sunny Easter weekend is the perfect start to the summer season.

With no end to the lockdown in sight, seasonal traders are facing an uncertain future – with many fearing this could mean the end of their businesses.

“For Blackpool, it’s all about Easter. Last Saturday would have been the first day of the 2020 summer season for us,” she told HuffPost UK.

“But now there are no attractions and everything is closed – it’s a really strange time for anyone in the leisure industry, and in Blackpool that’s a large proportion of our workforce.

“The tower is 125 years old now, and for that long we’ve been entertaining people here. It stayed open through two world wars, offering people the chance to escape everyday life and stress and have some fun with loved ones.

“Now that’s not an option and it’s killing me, to be honest. It’s my job to make people smile, and we haven’t got any people. We’ve got no money coming in and obviously that is making everyone extremely anxious. This is totally uncharted territory.” 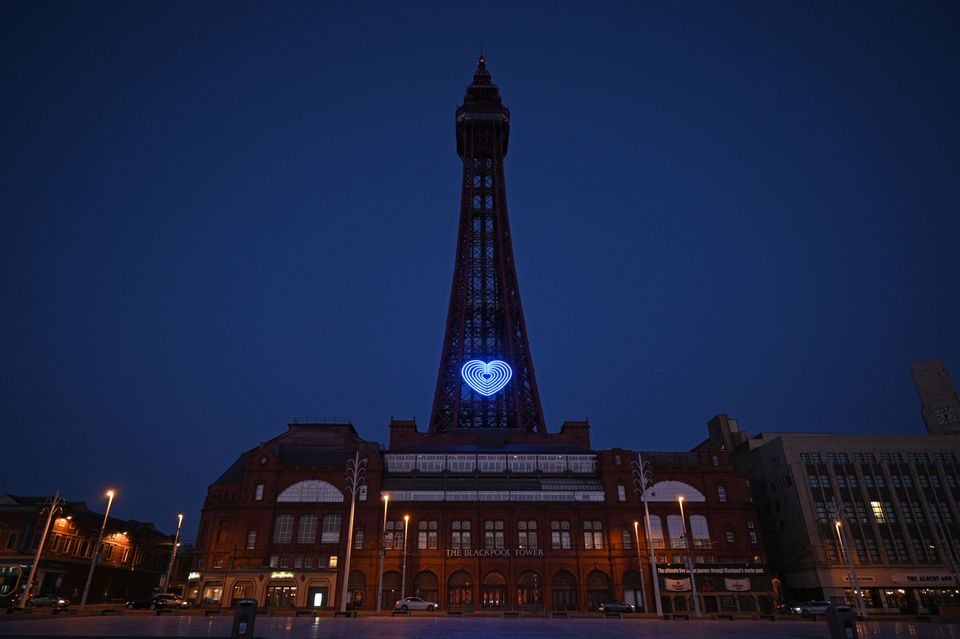 But Blackpool Tower’s history of helping the town in its hour of need is continuing despite its closure, with the landmark temporarily transformed into a food donation hub.

“When the government set letters out to 1.5m especially vulnerable people, we found that 27,000 of those are in Blackpool. Our population is only 147,000, so it’s a big chunk,” Shane said.

“I made a few phone calls to see how we could help, and now we’re open as a place where people and businesses can drop off food donations, which we sort and send on to the food bank, or to people who are preparing meals to drop off to vulnerable people.

“We only started last week and the response has already been brilliant – we’ve had people dropping off food parcels, including baby food and pet food, and the football club has donated loads of Easter eggs from their club shop.”

The picture is similar in east Sussex, where the Visit 1066 Country tourist board says the industry is “at a standstill”. Normally, it supports 15,000 jobs and brings in £664m a year.

“Nearly all of our guesthouses are closed, except those with residents – restaurants, cafes, all of the sea-front shops.

“I’ve lived here all my life, for more than 60 years, and for the first time last week we found ourselves putting out a press release telling people: ‘We don’t want you here.’ It’s just unheard of.” 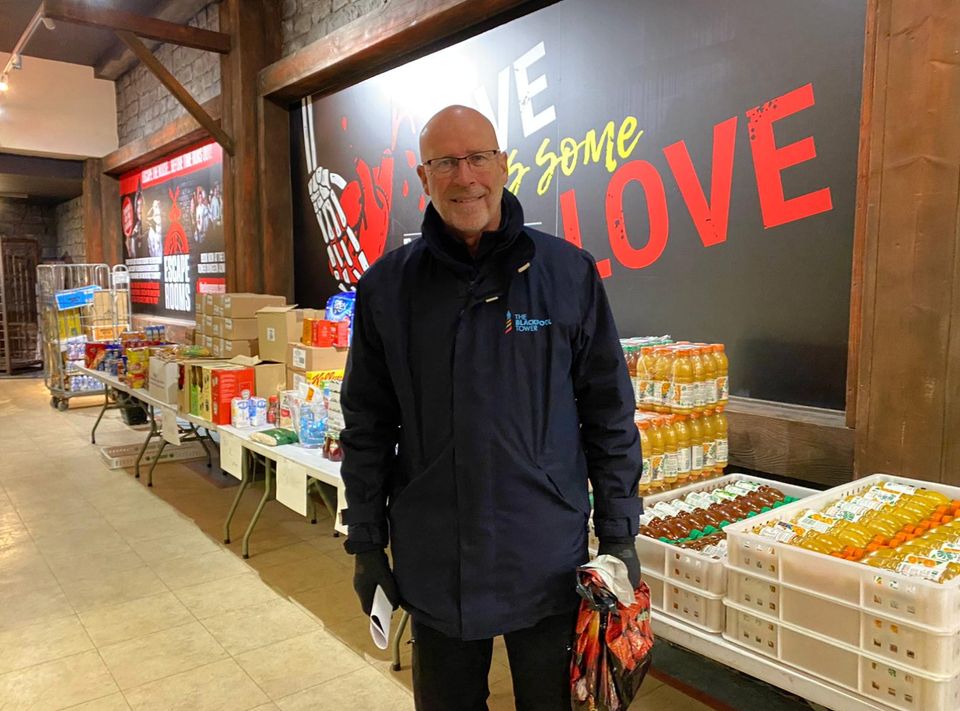 Uncertainty around how long the UK’s lockdown restrictions will last mean many smaller traders fear they will have no choice but to wind up their operations completely.

Matt Taylor, who runs County Castles in the Somerset town of Clevedon, relies on his 12-strong team of donkeys for summer income.

“It’s disastrous, really, because there is absolutely no business. Normally we are kicking off our season now and there’s nothing,” he told HuffPost.

“I have 12 donkeys in total, seven of which work and the rest are retired. In theory the working ones pay for the retired ones, but obviously not at the moment. I’ve also had to move them from the paddock they were in, because people were going out to see them and feed them. Now they’re sadly not seeing anyone.

“I’ve probably got enough money in reserve to last me until the end of the month, but after that I don’t know what I’m going to do.

“Our donkeys are friends – I look after them until the end of their lives, and I hope to God I won’t have to give them away.”

Taylor, who has been providing beach donkey rides for 30 years, also runs a business hiring out bouncy castles for parties, but all bookings have had to be cancelled.

“I’m trying to save money where I can, so the vehicles I use to transport the donkeys are all off the road,” he added.

“I’ve also got my state pension, which is having to stretch a very long way at the moment.

“I’m waiting to hear if I’ll be able to claim some sort of grant for businesses from the council, but everything is so up in the air at the moment, I don’t know if I’ll be eligible.” 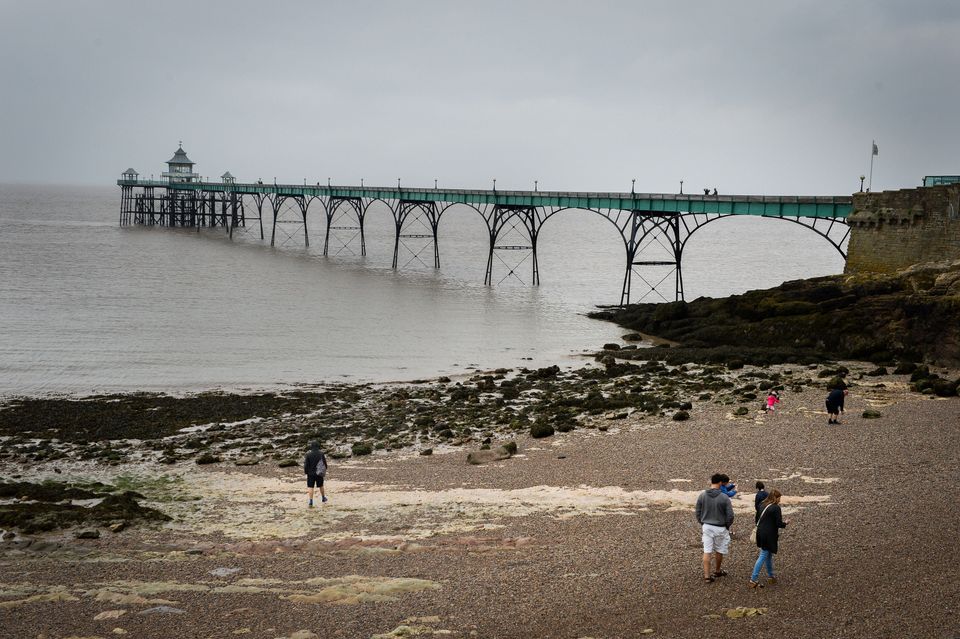 Shane, who has had to place all but six of her 350-strong workforce on furlough, is hopeful the situation will change before the start of the traditional summer holiday period.

Blackpool Pride of Place, a coalition of local government, business and community groups, is also lobbying the government for funding to “turbo-charge the economy, create jobs and tackle deprivation” in the town.

“I’m a positive person, so I’m really hopeful that the 12 weeks the government mentioned on lockdown really are 12 weeks, and at the end of June the restrictions can start to be lifted,” Shane said.

“We hope then that people will want to get out and about, away from where they’ve been confined at home, to spend time with family and friends who they may have only seen on a screen for months.

“Clean air, clean beaches, the sea – hopefully we will see large volumes coming in, then we can then start to make a plan on how to move forward.”

But Boorman fears an absence of exit strategy and precedent will mean the effects of lockdown will be felt for much longer.

“I’ve spoken to tourism managers across the region and the problem is we can’t plan ahead because we have no idea what will happen.

“Much of our industry is reliant on big events – our bonfire in October attracts 50,000 people, and we have a big food festival in September.

“At this stage, it’s still planned for them to go ahead, but we just don’t know if that will be the case.

“The impact on areas like ours is enormous – not just for the industry, but for towns as a whole.”