How Retired Windrush Nurses Feel About Call To Rejoin NHS

As part of the UK’s response to the coronavirus outbreak, the government is inviting nurses and midwives who left service within the past three years to return to practice.

Recent figures from the Nursing and Midwifery Council reveal that thousands have responded to this request for additional support to the health service.

On Wednesday, the UN Secretary General António Guterres described the coronavirus outbreak as “the biggest challenge for the world” since the Second World War.

For many, the UK government’s call to action is reminiscent of 1948, when people from former British colonies came to the UK to assist in rebuilding the country after the war, leading to the mass migration known as Windrush – named after the HMS Empire Windrush on which the first group arrived.

In 2020, the term Windrush has been etched into public consciousness because of the scandal of 2017 that saw people who had the right to live and work in Britain wrongly stripped of their citizenship, left unable to work and in some cases deported.

Cases included that of Iciline Brown, a former Warwick Hospital trainee nurse who had her British passport taken away.

Iciline, 83, moved from Jamaica to Warwickshire in the 1950s with husband-to-be Gersham, having arrived as part of the “Windrush generation”.

Despite the injustices they faced, members of the Windrush generation are among those putting their own safety on the line to go back to work for the NHS.

Alina Wallace, 71, was among the last cohort of Windrush nurses to arrive in the UK from Jamaica in 1967. She trained and became a critical care specialist before becoming the manager of a unit.

“The truth is I can very much understand the people who have reservations about going back into the NHS,” she told HuffPost UK.

″Finally, the whole world has recognised the value of healthcare workers in general. In general, I’ve always said that nurses and medical people haven’t been valued and remunerated accordingly when you compare what we do with other professions such as sports.”

There are also other considerations around re-entering the NHS, Wallace points out, such as the ongoing call for personal protective equipment (PPE) for frontline staff.

“My speciality would be very much needed at this time and, if I were younger, I would be hard pushed not to respond. But I would still have reservations especially give that the protection and safety of nurses working now cannot be guaranteed; if I had to go back i would be very concerned about that.”

Wallace is also a founding member of the Nurses Association of Jamaica – a non-profit organisation that promotes Jamaican nurses and would assist new arrivals who are struggling to integrate into British society.

She has also written a book, in collaboration with StoryTerrace, entitled Unity Is Strength: The Story Of The Jamaican Nurses Who Helped To Build The NHS. 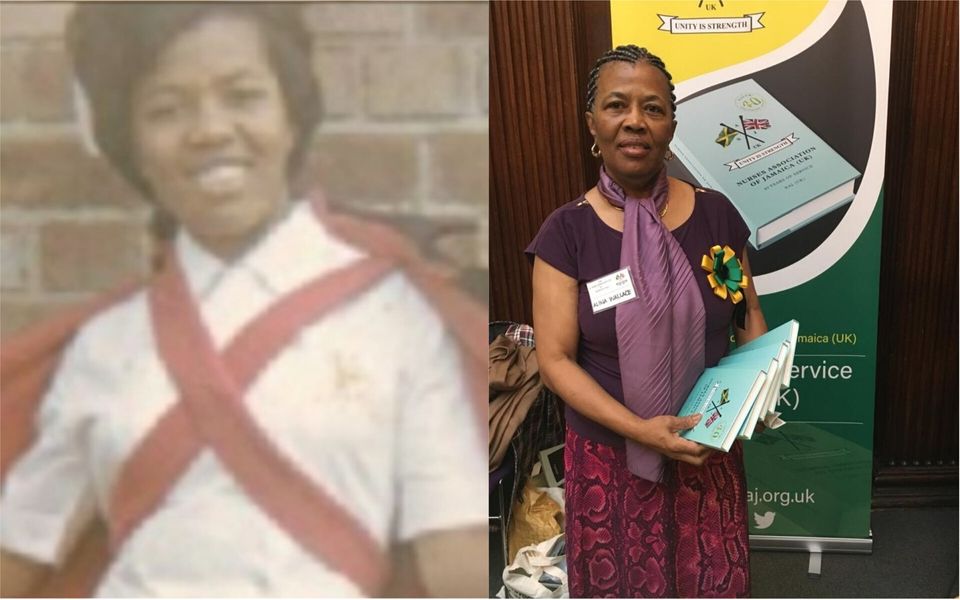 By contrast, nurse Joanne Cohen has vowed not to re-enter the NHS.

She migrated from Jamaica to the UK in 1967 at the age of seven to join her parents. She then qualified in 1985 after training at Wycombe General Hospital and became a naturalised citizen in 2002.

Yet in 2018, the 61-year-old was shocked to be told by the government that she was in the country illegally after submitting her British passport and Jamaican birth certificate in support of her grandson’s passport application.

Both her grandson and daughter, his mother, were born in the UK.

Speaking to HuffPost UK exclusively, Joanne – who is currently awaiting compensation – said she is “physically and emotionally drained”.

“I have been put under a great deal of stress since this all happened with the onus on me to prove my legitimacy and gather the evidence to prove this,” she said.

Joanne is now off work due to health issues that have arisen since her ordeal, which include anxiety, depression, high blood pressure and panic attacks.

However, it isn’t the experience of being affected by the scandal that put her off answering the government’s call to fight against Covid-19 – it’s the racism she experienced within the NHS itself.

“I was discriminated against and treated differently compared to my white counterparts, as most of the senior staff and managers were white,” she said.

“Not just me – a lot of Black staff were treated differently to their white counterparts.

“You as an individual are up against a system which discriminates against its Black workers, nurses and doctors because most of those above are white and they are all friends and pals together. They all will lie, collude and cover each others’ back.

“A lot of Black staff were going through the same thing in this trust, but had to keep their head down for fear of losing their job if they spoke out.

“No NHS trust is going to allow themselves to be labelled as racist.

“Throughout my life other people would talk about racism and I never ever came across it because I came to this country, saw myself as British, and one of my best friends was white. That changed when I became a nurse.”

“I wouldn’t blame people at all if they didn’t want to go back [to the NHS] because of what’s happened to the Windrush generation,” she said.

“People have died, been deported back to the Caribbean, and it’s all because we are Black and didn’t fit in.”

Judy came to the UK by ship from Trinidad in 1968 with the sole intention of becoming a nurse, and qualified two years later.

Until 2018, Judy had never formally applied for British citizenship because she had always thought of herself as British.

However, when the scandal broke out in 2017, the pensioner hastened to get naturalised for fear of being deported.

“I thought to myself: ‘If they’re gonna start doing that to people, I better get citizenship,’” she said.

Though Judy is able to identify with the plight of the Windrush victims, the former nurse said that, if she were younger, she would put her feelings to one side to serve Britain in the Covid-19 war effort.

“If I was under 70 and not in the ‘at risk’ category, I would go back to the NHS for the sick people, for the people I have met along the way – like managers – who were wonderful,” she said.

“I would return for them. Not for the government’s sake. I would return to help people. That’s what nursing is about; it’s not about government, politicians – it’s the actual people, because they’re the ones who need the help.” 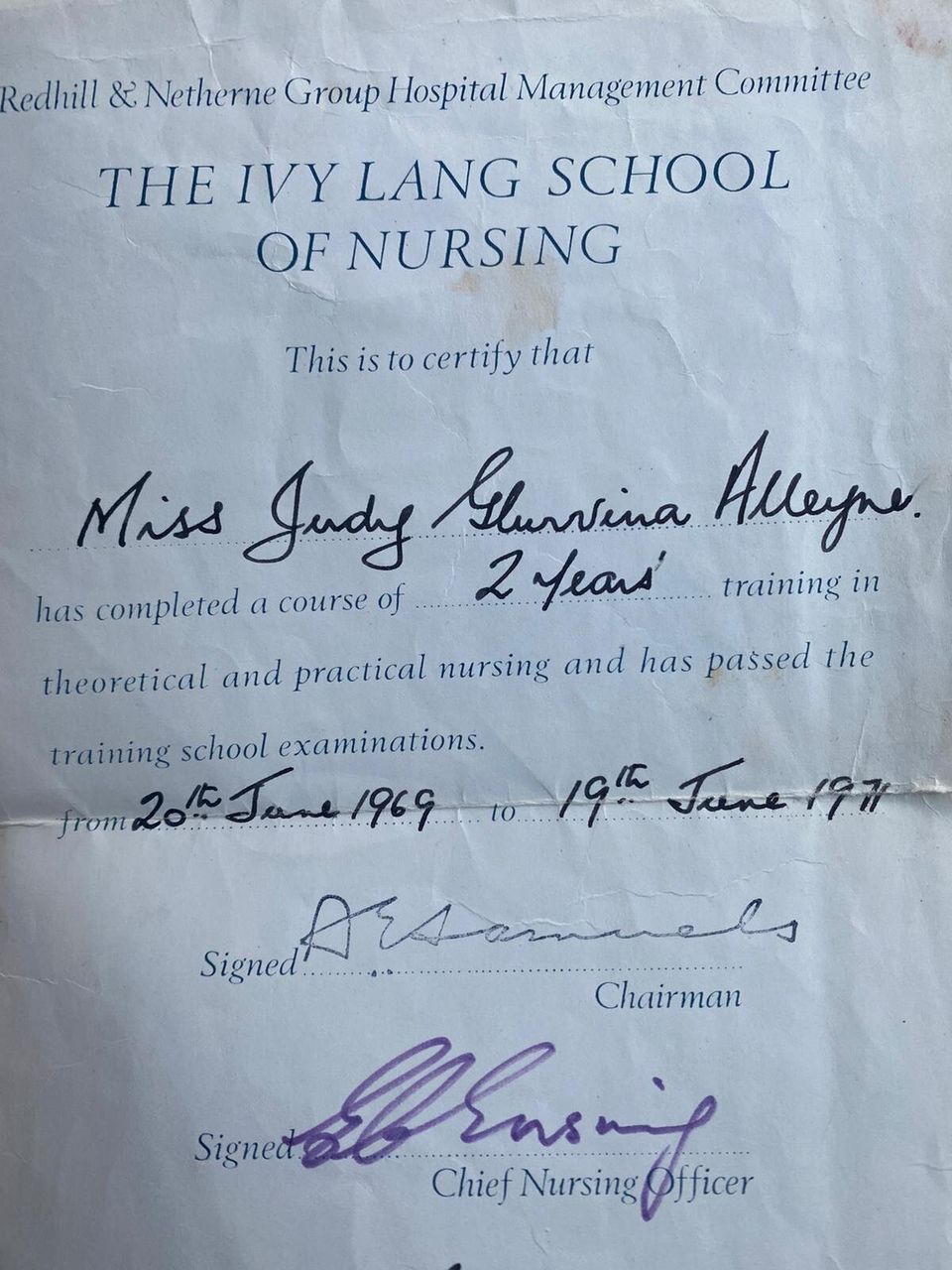 Allyson Williams MBE, who moved to the UK from Trinidad in 1969, worked her way up to deputy head of midwifery at UCLH Obstetric Hospital NHS Trust.

“Once a nurse, always a nurse,” she told HuffPost UK.

“You have that inherent desire to care for people, look after them, do no harm and make them better.

“If I was still working, still practising and still up to date and active within the profession, I wouldn’t hesitate [to return to the NHS], like I didn’t when I was 21.

“I always thought entering this profession was a noble thing to do and I could make a difference.”

Though the 72-year-old retired in 2002, Allyson said she would not return to work unless she were tested for Covid-19, and many of her friends feel the same. 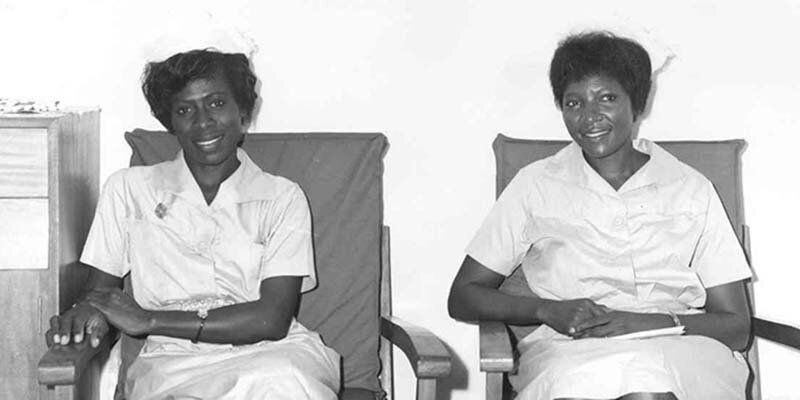 And critics accused the press of “whitewashing” the health service and erasing the contributions Black people have made to public life in photos alongside of the #ClapForOurCarers national round of applause for NHS workers and care staff.

Just over 40% of NHS medical staff are from Black and minority ethnic heritage backgrounds.

Comedian Gina Yashere made a video addressing the discrepancy and calling for the hashtag #stopthewhitewash to trend along with #clapforourcarers.

“I’m sure I’m not the only one who’s sick of the contributions of all people of colour being erased from history,” she said.

“If it’s not [about race] then put everybody in the pictures.”

We should most definitely #clapforourcarers, but we should also #stopthewhitewashpic.twitter.com/8uifRisW24

Then, when Guardian columnist Sonia Sodha lauded the role of the BAME medics last week, she was inundated with abuse.

Sodha had pointed out that all four doctors who had died from coronavirus at that point were people of colour, and that it was a reminder of how much the NHS relies on Black and minority ethnic doctors and nurses.

Striking that all four doctors who have tragically lost their lives to coronavirus have been people of colour. A reminder of how reliant the NHS is on BAME & migrant doctors and nurses ?.

Writing about the furore on Monday, she said: “I was surprised when a prominent broadcaster weighed in to lecture me on the irrelevance of my comment, then simply ignored efforts made to highlight to her the racism experienced by some NHS staff in the line of duty.

“And I was left pretty shaken by the 48-hour deluge of racist diatribe that ensued, a chunk of which came from her fans and followers.”

Between them, Dr Adil El Tayar, Dr Amged el-Hawrani and Dr Alfa Saadu, they had accumulated over 100 years of dedicated service to the NHS: two of them, El Tayar and Saadu, had retired but recently voluntarily returned to assist the country through the pandemic.

And 36-year-old nurse Areema Nasreen – who was of south Asian heritage – died of coronavirus at the hospital where she had worked.

Yet their likeness was not reflected in national photographs applauding the best of Britain. 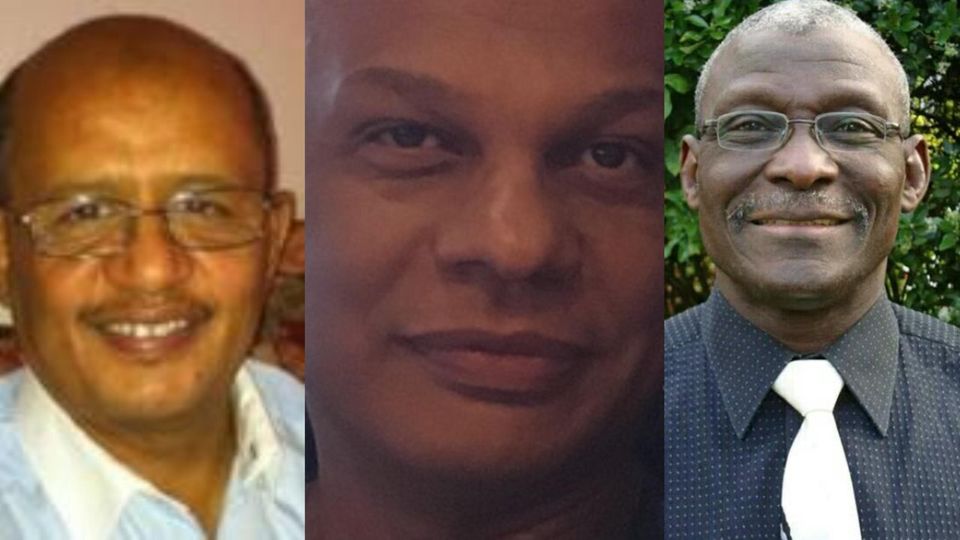 As the 52nd anniversary of the Windrush migration – and the NHS – approaches, nurse Alina summarised the feelings of many, telling HuffPost UK: “In terms of Black nurses and healthcare practitioners, there’s still a lack of recognition and the visibility to expose us as being part of the solution.”