We’re here to guide you through the coronavirus lockdown.
Are Coronavirus Lockdown Messages Getting Through To Minority Groups?

The retired driver, who is married with two children and two grandchildren, has always loved exercise as a keen runner who’s done marathons. Usually, he takes part in his weekly Park Run and volunteers as a buggy driver there, transporting anyone struggling to walk from one end of the park to the other.

He also enjoys cycling and is proud of his allotment, where he was growing his own crops at a time when shops are struggling with stock.

But at the moment, Rajinder is keeping to the confines of his home to protect himself and others. 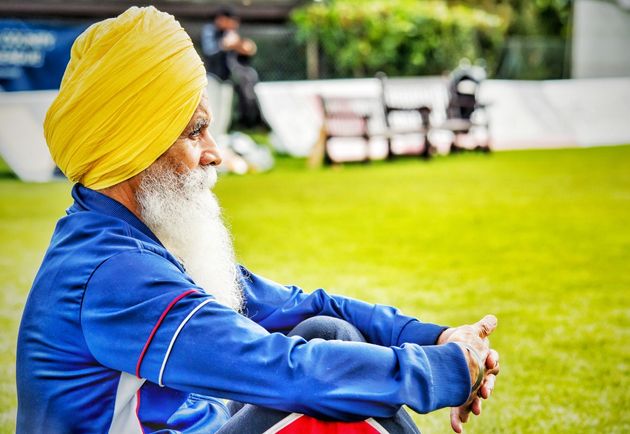 “With coronavirus, people are stuck inside, especially if they are my age and isolating themselves,” he says. “The problem is that it can make some people a bit lazy and others will be thinking: ‘what can I do in my spare time?’

“Skipping is something you can even do inside the house where there is not much space. I want to encourage more people from the Asian community and Sikh community to exercise as it is so important and it makes you feel good.”

Rajinder can skip continuously for over a minute and began a skipping challenge to encourage others to do the same. Daughter Min Kaur shared a video of her dad on social media and was stunned when it went viral with people saying her dad had inspired them and calling him “a legend.”

“It just started as a bit of fun when I posted the video of my dad skipping,” Min, 39, tells HuffPost UK, “but it has gone viral worldwide andwe have received so many positive messages of support.”

“So many people have told me how heartwarming it is and how proud I should be of my dad,” says Min. “Others have said it has inspired them to buy a skipping rope and do some exercise and that they hope they are as fit as he is when they get to his age.”

Skipping is great for overall fitness – benefits include cardiovascular fitness, leg strength, stamina, bone strength, balance and coordination and Min admits her dad can beat her in a running race despite being almost twice her age.

Meanwhile, Rajinder’s wife Pritpal, 69, who had never skipped before, has also been inspired by her husband to pick up a rope. Her skipping style is different, but when daughter Min shared the video, viewers said: “Look how cute she is!”

Min, who did gymnastics for many years, says her mum has also borrowed her hula hoop and set herself the challenge of mastering hula hooping while the country is in lockdown – as if all this skipping weren’t impressive enough.

While Min says her parents’ antics are a bit of fun, there is a serious message behind them about the importance of exercise, especially in their community.

“In the Sikh community, we have ‘langar’ – or free food for everyone – in the gurdwara. It’s vegetarian or vegan and although it is nice and tasty, it’s not very healthy because of the way it is made. For many Sikh people, particularly from the older generation, life revolves around going to the gurdwara and lots of people my dad’s age have high blood pressure and high cholesterol,” she says.

“My dad has never been one to overeat and loves all forms of exercise. He set the skipping challenge to encourage people to get off their sofa and exercising. I am so proud of my parents and it’s lovely the way they have created so much positivity during a really sad time.”

Meanwhile, Rajinder is reflective. “Some people tell me I am mad to be skipping at my age, saying things like, ‘You are wasting your energy.’ But I love it,” he says. “It makes me happy in my mind as I know I am doing something positive to keep fit and I will carry on encouraging other people to do it.” 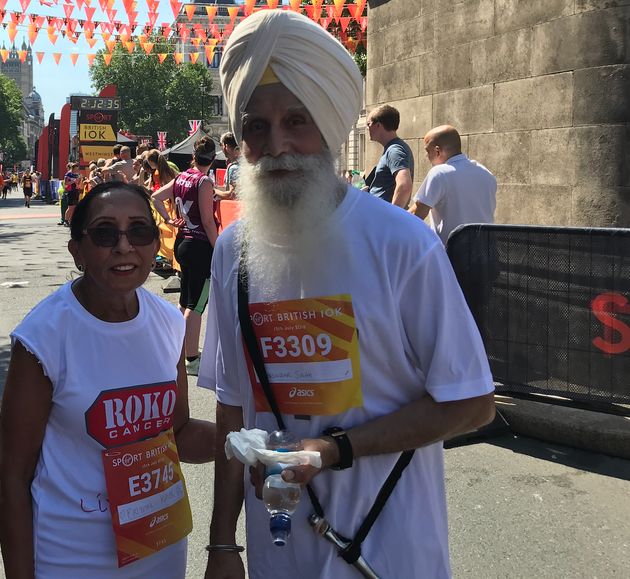