This Hospice Wants To Help Covid-19 Patients, But Faces A Problem The NHS Doesn’t

At a time when support for the sick and elderly is in high demand, Tracey Wilcocks faces an unusual dilemma.

As the director of clinical services at a Yorkshire hospice, she is preparing to help take the strain of coronavirus off the NHS by creating support for some patients to have end of life care. But at the same time, she and her colleagues are terrified the virus will have another effect, and bankrupt their organisation.

“[We’re] not sleeping for fear of what might be coming,” she says. “At the moment it’s still very much the calm before the inevitable storm.”

Hospices are places designed to support people with terminal illnesses – and their families and friends – in their community and sometimes eventually as an inpatient, to help them die well, comfortably and with dignity.

Surprisingly, despite receiving some funding from the NHS, they are independent charities completely reliant on donations from the communities they serve to fund their operations.

Overgate has been serving the people of Calderdale in West Yorkshire since 1981 with a network of 125 staff and more than 700 volunteers. Tracey Wilcocks is in the process of re-registering as a nurse to be able to support the hospice if coronavirus hits the area in full force.

Perhaps surprisingly, she is helping gear up the hospice to take coronavirus patients – and thus take pressure off the NHS. Some patients Overgate is already supporting could contract coronavirus, and as they have already generally made plans and signed “do not resuscitate” instructions, the hospice would not wish to send them to hospital to die.

But Wilcocks wants the hospice to do more.

“Eventually as the numbers increase – the numbers in Kirklees have doubled over the weekend, the impact is starting to happen here locally – not all patients in hospital will be suitable to be ventilated,” she explains. “Some of those would die in a hospital bed, they would be an end of life patient, and meet our criteria … End of life care is what we do really well, we’re experts at end of life care.”

Foremost among her immediate problems, though, is a lack of protective equipment. She has a stock of 1,100 normal surgical masks remaining, enough to last 10 days or so – but just 22 of the FFP3 masks required to protect staff supporting coronavirus patients.

“Unlike big organisations, it’s just us to do the research and think and interpret it and think what does this mean for us. That was pretty scary,” she says.

There is also another side effect to protective gear, as ward sister Maureen Goulden explained: ”[They felt] like a bit of a barrier between the patient and them, and that isn’t what our end of life care is like. Holding someone’s hand as they are dying wearing gloves and a mask isn’t the personal care the team are used to providing and it’s making the nurses quite upset.”

I think we get forgotten as part of the solution in the system … If hospices go under, what sort of death are people going to get in hospital?Janet Cawtheray

As Overgate prepares to help patients, though, it faces a second crisis no NHS ward has to consider. The hospice, which runs on £4.3m a year, gets nearly two-thirds of its funding from the local community, whether through legacies, fundraising events, or its network of 14 shops.

Coronavirus has forced the hospice to shutter all of its shops and furlough their staff, and to cancel all of its upcoming events, including its Colour Run and Midnight Walk – two of its key sources of revenue. 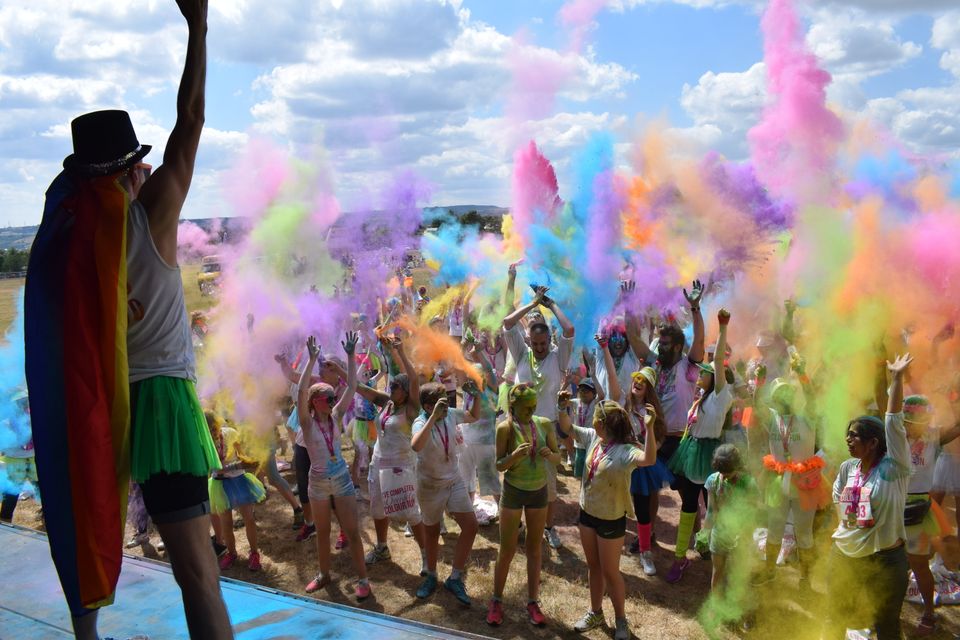 Bazz Robson, a volunteer with the hospice, is closely tied into the institution – his husband’s mother works there, he has relatives who have used its services, and he helped organise its colour runs.

“It’s quite upsetting, really. It’s quite sad to think that all of these events – because that’s what they rely on, the goodwill of people, these events to help raise funds for the hospice.”

Janet Cawtheray, Overgate’s chief executive, is afraid the hospice – and numerous others like it – won’t come through at all. Overgate, she says, was in a relatively good financial position coming into the crisis, but others were on the brink even before Covid-19.

“All hospices are hoping that we will get a bailout of some degree. We’ve all been getting out our calculators, how much cash have we got, how long can we keep things running,” she says.

“I think we get forgotten as part of the solution in the system … If hospices go under, what sort of death are people going to get in hospital? If it’s an acute episode, people die in hospital.

“But if it’s planned, if they know they’re going to die – most people wouldn’t die in hospital. It’s too busy, the staff don’t have the time. And I hope when it ends that lots of hospices haven’t gone under, because it’s very hard to start again when they’ve gone.” 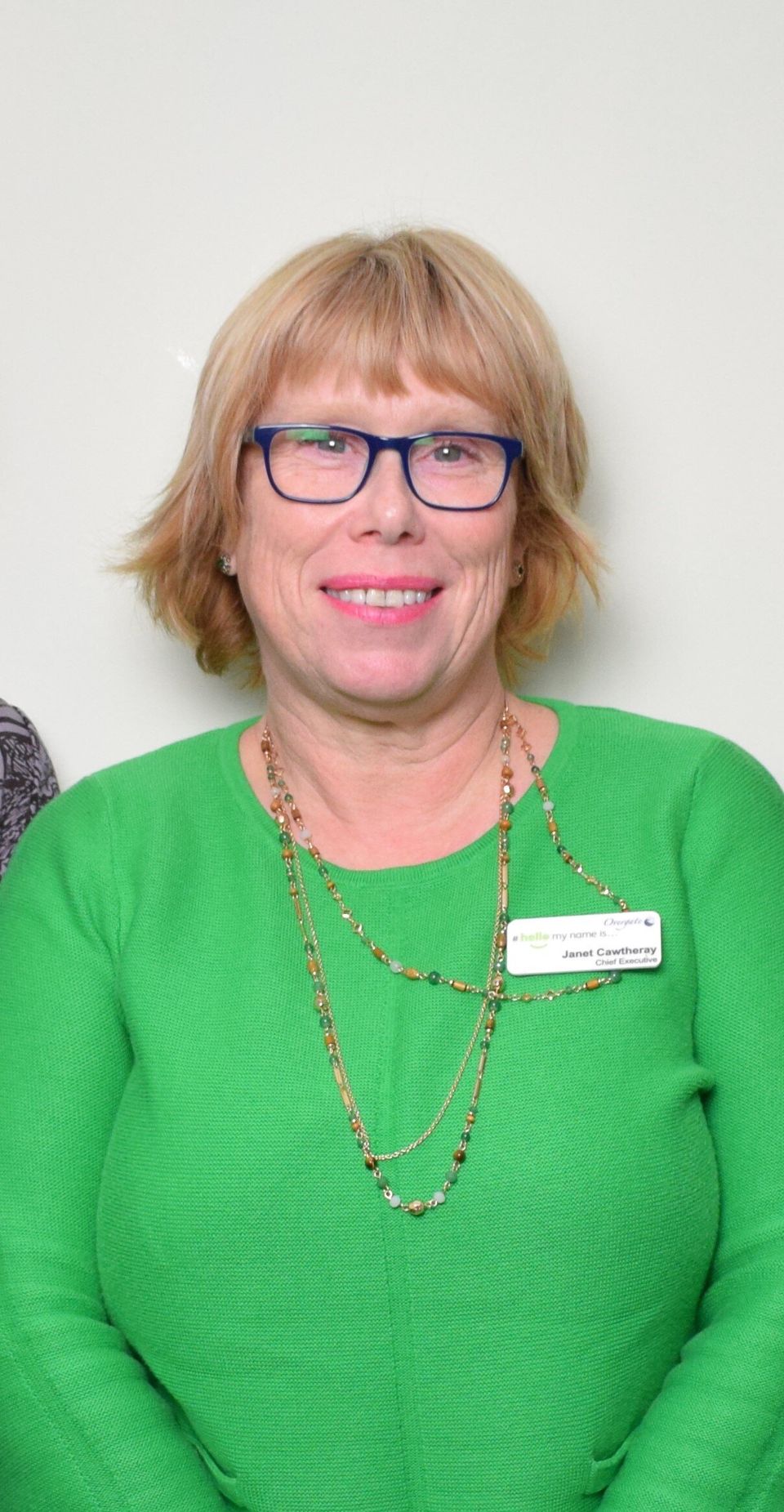 Cawtheray, like many other hospice CEOs, had been hoping their umbrella group Hospice UK – which she said had been working tirelessly – could secure bailout funding to tide the sector over to the other side of the crisis. Talks had reportedly been hopeful – only for nothing to emerge by the end of last week. It has left her gravely worried for the future.

Toby Scott, head of communications and campaigns for Hospice UK, said they are talking to the government about securing additional support to help boost NHS capacity.

“That’s really our focus at the moment – we have a role to play as part of this general support to this virus. We’ve got the clinical skills, beds and support.”

“We’re in very close contact with all our members to support them through this, there has been a huge loss in revenue, actually right across the charity sector, but hospices especially have a hugely important role to play.”

Volunteer Bazz Robson is trying to stay optimistic, and hoping people will see what hospices can do in the time of crisis, and give them the support they need.

“With the support of the local people,” he says, “hopefully they can rebound from this and they rise like a phoenix from these ashes.”