April 2, 2020 By admin No Comments Posted in Style

Companies selling coronavirus tests commercially online have been slammed for acting “unethically” at a time when the government is struggling to provide vital testing to frontline NHS workers.

HuffPost UK has found some private companies have redirected sales of coronavirus tests kits to support the national fight against Covid-19.

But others are continuing to sell kits online to anyone who can afford to pay, with tests retailing for prices between £249 and £299.

It comes as health secretary Matt Hancock vowed Britain would test 100,000 people a day by the end of April during Thursday’s daily news conference.

CityDoc and Better2Know, both large established firms that provide private healthcare testing services, are advertising kits for sale – and say NHS staff are among those buying the tests.

But the practice has come under fire as “unethical”, with one NHS scientist, speaking anonymously to HuffPost UK, saying: “The kits all should be coming to the NHS now. It should be under government control and then distributed that way.

“It is irresponsible and they should be coming straight into the frontline and into the NHS. This shouldn’t be a profit making thing at all.”

MP David Lammy said testing should be prioritised by need.

“We cannot have one rule for the rich and another for everyone else,” he said. “In this pandemic, Covid-19 tests should be prioritised to those who need them the most.

“No NHS worker should be paying a penny for the tests they need to do their jobs.”

But CityDoc, which is selling testing kits online for £249, said far from being irresponsible it was in the public interest that testing is available commercially.

The company’s CEO Eoghan MacSweeney said: “I think there has to be as much testing done as possible. The NHS is doing everything it can.

“I think what we’re doing is also part of the national effort. What we’re sourcing isn’t necessarily detracting from what the NHS is purchasing. it’s simply just more testing, which is what the World Health Organisation is recommending.”

He said many NHS staff have used CityDoc’s private service and there was high demand from companies looking for testing for their workers.

CityDoc is currently providing antigen testing, which detects the presence of Covid-19, and it is working on an antibody test, which confirms if someone has already had the virus. It hopes to have this service available within two weeks.

The CEO said the company was trying to make antibody testing available on a large scale for a price of £150 or less, saying this was “in everybody’s interest”.

CityDoc is owned by European Life Group, a Danish multinational providing vaccines to the public sector for 20 years, and the company says it has the capacity to deliver large NHS orders.

Asked whether it had been contacted by government, the CEO said: “I’m waiting for that call and I’ll be delighted when they do.”

The company says a discount code for NHS workers and over-65s would be available on its website on Thursday. 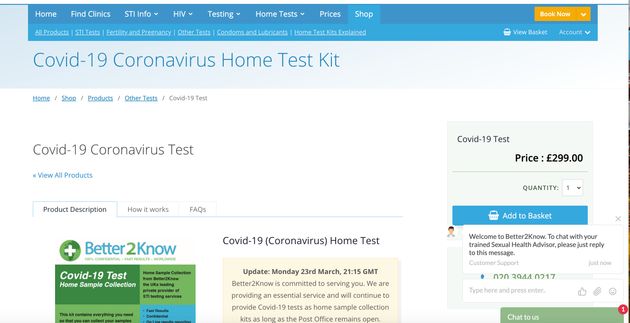 Another long-established firm, Better2Know Ltd, is offering a Covid-19 coronavirus home test kit for £299 with a promised turnaround time of two days.

The company’s CEO Michael Asher said the firm had contacted health secretary Matt Hancock and the government about working with the public sector but had no response.

“To date nobody from the Department of Health, Matt Hancock’s office or the NHS has contacted my company asking for assistance and it’s my understanding that none of those organisations has contacted the testing laboratory either.”

He said the firm had been trading in the UK for more than a decade and worked in 20 countries around the world. “We are not some upstart trying to cash in on the Covid crisis,” he said. “That’s not what we’re about.

“We’re a medical diagnostics company and we serve tens of thousands patients around the world. That’s what we do – this is our line of business.”

The CEO said Better2Know also manufactures the Covid-19 testing kits itself, so was not taking stock or capacity from elsewhere.

“What we are doing is providing testing to people who want it and who cannot access it in any other way,” he said.

“We have already tested free of charge a number of frontline NHS workers because we understand there is a shortage and a need and we’ve done that out of our sense of civic responsibility to help.”

He said demand for the tests had been “significant because people are worried”. 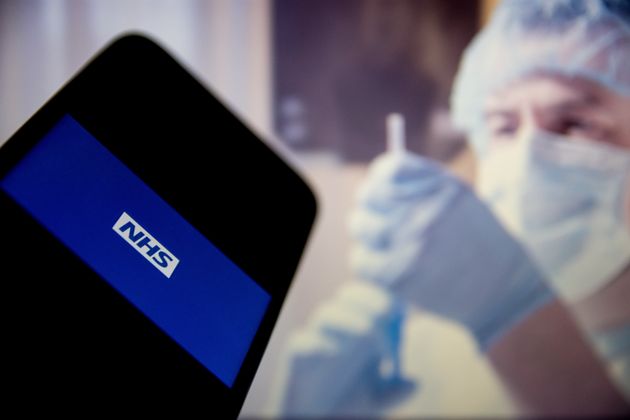 Other companies providing Covid-19 testing have taken a different approach.

The Belfast firm Biopanda Reagents has placed a notice on its website under the section “Covid-19 Rapid Test” saying: “IMPORTANT: Effective immediately, we can no longer accept orders from outside the United Kingdom, or from non-healthcare or clinical organisations within the UK.”

Another company, Randox Health, has a message next to its advertising for Covid-19 home testing kits for £120, saying they are “temporarily out of stock”.

“Please also be aware that, as a result of a critical national demand, Randox have volunteered a significant element of our current Covid-19 testing capacity to the UK national testing programme,” the website statement says.

“That programme is focusing on key workers and the maintenance of critical national infrastructure – including that of the NHS.”

How is it that I am being offered #COVID19 tests to buy for my team yet my Paramedic sister hasn’t been tested yet? pic.twitter.com/OG4miaBCre

There has also been wider criticism on social media of the government’s response on providing testing for NHS workers.

One post on Twitter by @AdamSopher said: “How is it I am being offered #COVID19 tests to buy for my team yet my Paramedic sister hasn’t been tested yet?”

Another by @KateKennedy66 said: “Why can you buy covid19 tests privately for £225, but NHS can’t get a ‘reagent’ or swabs. We are being lied to or they are completely incompetent or both.”

Another by @JuliadeCadenet said: “So this place is selling #COVID19 kits for £375. Can someone please buy ALL of them for #NHS workers and those truly in need. The fact that ‘celebs’ can buy them with really mild symptoms is worrying.”

MP David Lammy on Wednesday criticised the government response, saying it was “staggering” that online supermarket Ocado had been able to purchase 100,000 Covid-19 tests for its workers, while the British government had been testing fewer than 10,000 people a day until Thursday. 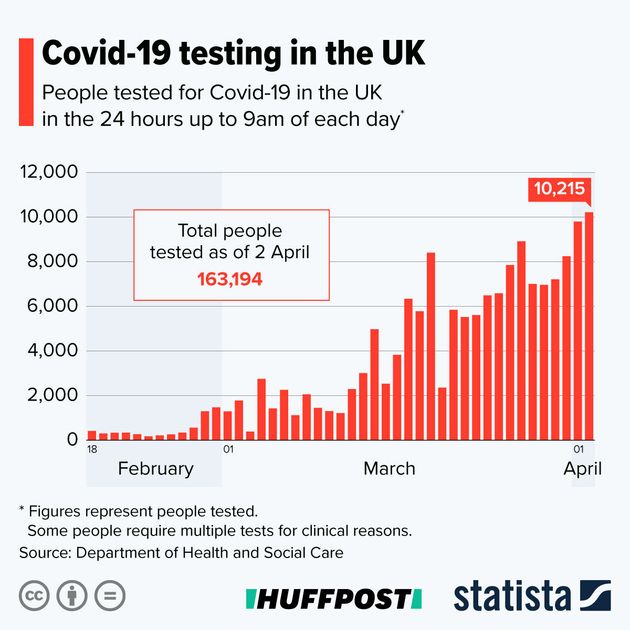 On March 27 the government launched a new drive on coronavirus tests for frontline NHS staff, saying they would be “first in line” for a new Covid-19 testing programme developed in collaboration with industry.

But the British Medical Association said earlier this week only 2,000 NHS workers had so far been tested.

“Doctors and their colleagues are extremely frustrated about this and paid-for home testing kits will no doubt appear tempting if they are seen to allow them back to work,” said a BMA spokesperson.

“But healthcare workers should not have to pay for these kits – and reliability, safety standards and follow-up care will likely vary across providers.

“Clearly, the government needs to make good on the promise it’s been making for weeks now to roll out mass testing for healthcare workers urgently so that those who are well can get back to work.”

HuffPost UK has approached the Department of Health and Social Care for comment.