“When you become a doctor, you take an oath and when something like this happens, you have to stand up and do whatever they need you to do,” says Dr Tijion Esho.

He is just one of thousands of retired and former NHS workers who have signed up to support the UK’s national effort to tackle the coronavirus crisis.

Letters were sent out to more than 65,000 doctors and nurses pleading for them to return to the NHS to boost frontline services during the Covid-19 pandemic.

At least 12,000 retired NHS staff have since pledged to return to the service including 2,660 doctors, more than 2,500 pharmacists and other staff and 6,147 nurses. Around 5,500 final year medics and 18,700 final-year student nurses will also be moving to the frontline.

HuffPost UK spoke to some of the people returning to the NHS in crucial frontline work to find out why they felt compelled to play their part in the war against coronavirus.

The Private Surgeon Returning After His Baby Became Seriously Ill

I can’t just stand by when others are making sacrifices and are under so much stress. I will roll my sleeves and do whatever the NHS needs me to.”Dr Tijion Esho

Dr Tijion Esho began his medical career in the NHS working as a surgeon in aesthetics and plastic surgery before making the decision to leave the service and set up his own private practice.

He is now a successful and award winning cosmetic doctor with clinics in London, Newcastle and Dubai, and has achieved television fame on Bodyshockers with Katie Piper and E4’s Body Fixers.

But all that faded into insignificance when Esho’s baby son Roman suddenly became ill and was admitted to hospital with suspected coronavirus.

Esho, 38, told HuffPost UK how the harrowing experience with his son opened up his eyes to the reality of the crisis facing the NHS and he knew he had to do everything in his power to help.

“When you are at home or in your private clinic, you are shielded from everything that is happening with coronavirus.

“But when Roman went into hospital, I saw the reality of what was starting to happen. I saw what was happening on the wards and saw the people in masks and the patients on respirators.

“Once our son had recovered and come home, I told my fiancee Laura I needed to do something to help and couldn’t just stand by.

“Some of the colleagues who work for me still do NHS work as well and I could see the sacrifices they were making and the stress they were under.”

Esho’s turmoil began a couple of weeks ago when he noticed his 15-month-old son Roman wasn’t breathing properly. 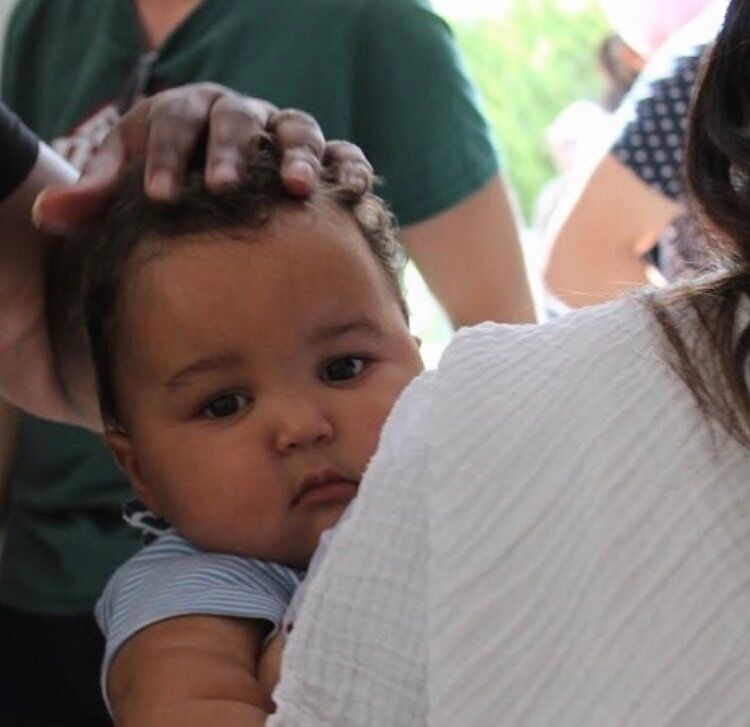 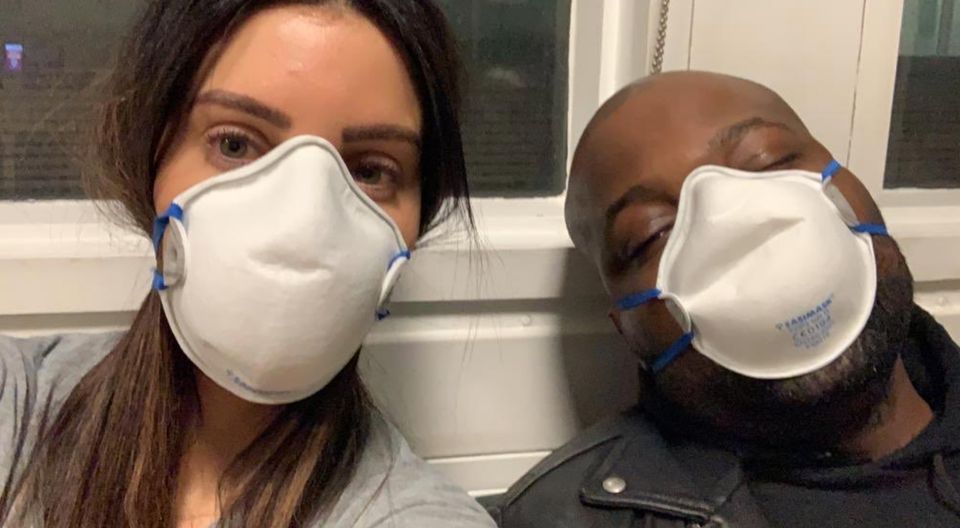 He called NHS 111 who initially didn’t recommend taking him to hospital due to the coronavirus pandemic. However, Roman’s condition deteriorated quickly and he was struggling with his breathing.

Esho told HuffPost UK it was a horrendous experience that will always stay with him. Roman was suspected to have Covid-19 and at first, his parents were told they could not see him.

The youngster was transferred to another hospital and was intubated and spent four days on a ventilator.

“It was an awful time,” says Esho. “It broke my Mrs in pieces and I was desperately trying to separate the doctor from the dad.”

Luckily for the couple, Roman tested negative for Covid-19 and it turned out he had suffered a rare form of influenza.

However, what he witnessed in hospital stayed with Esho and when Roman had recovered and returned home, he told his fiancee Laura he needed to do something to help the NHS in its crusade against coronavirus.

“Her first reaction was that we had only just got our son back and that she didn’t want anything to happen to me.” he said. “But she realised that as a doctor, this was what I had to do.” 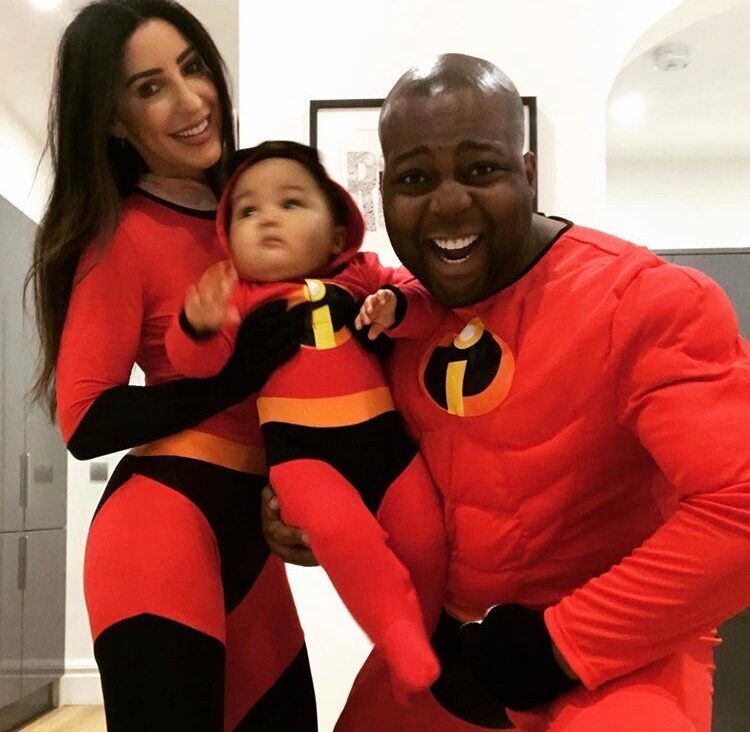 Esho admits that like many people, he initially underestimated coronavirus. “At first, many doctors said it was like flu. What we didn’t recognise then was how fast it was spreading and how much it was affecting people.

“We are now seeing it is impacting not just old and frail people with health conditions but younger, healthy people with no previous problems and that is a scary thing.” he said.

Esho has filled in his forms to rejoin the NHS in whatever capacity he is needed. He has also offered his private clinics to the NHS free of charge to use however they want during the crisis such as triage and diagnostic centres.

He has also been donating masks and alcohol gels to NHS hospitals through his charity the Esho Initiative which was set up to help victims of botched surgery and trauma but now all resources have been diverted to fighting Covid-19. 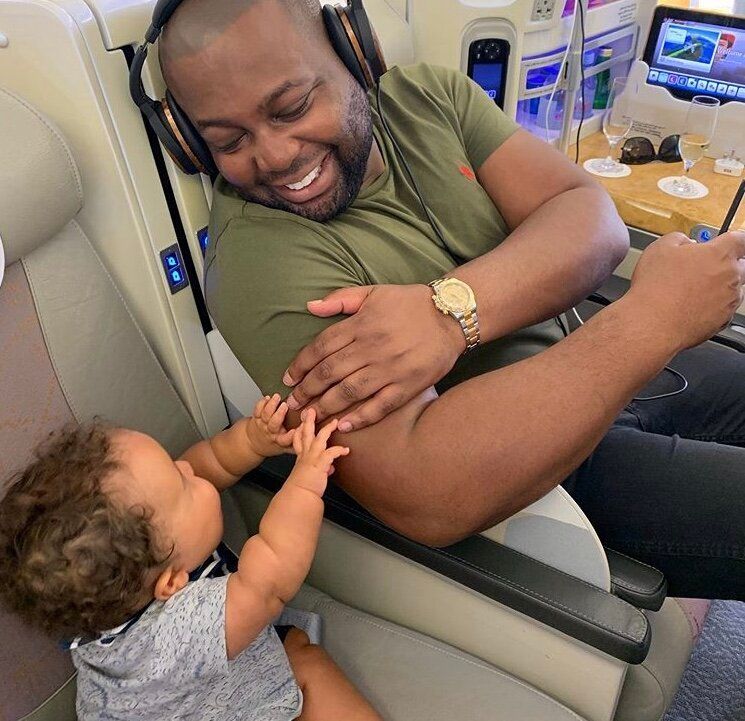 Esho said: “When you become a doctor, you take an oath and when something like this happens, you have to stand up and do whatever they need you to do.

“You watch so many disaster films and it is always the doctors who go on the frontline and the reality hit that this is happening and people like me can make a difference.” he said.

“I will roll my sleeves and do whatever the NHS needs me to, whether that is helping out on wards, A&E or with triage. I will go wherever I am needed.

“Hospitals won’t just be under the pressure of coronavirus but the day-to-day health issues that people will still be suffering.”

The Retired NHS Nurse Who Is ‘Calm In A Crisis’

‘I feel torn emotions – I’m so proud of my mum, but I am worried about her too.’Siobhan Britton 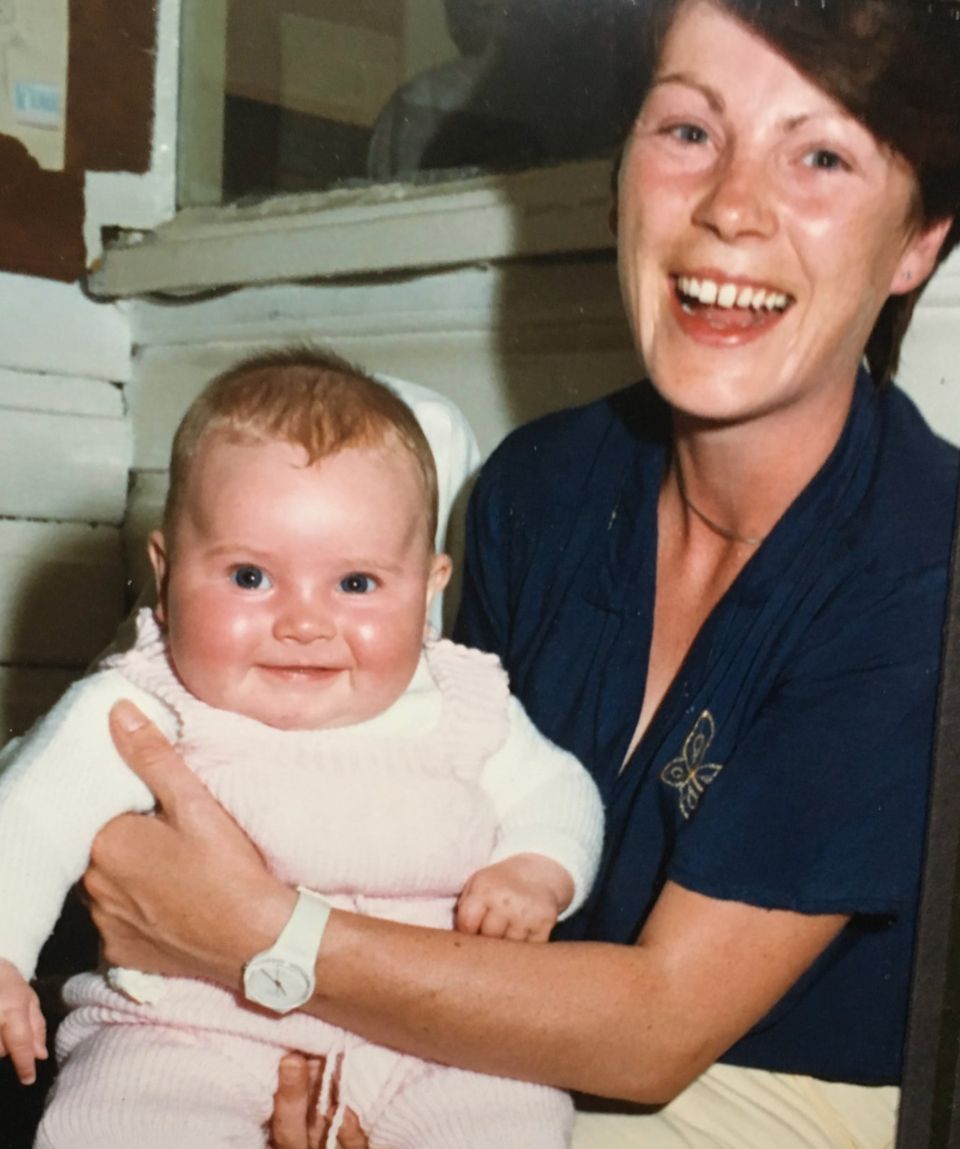 As a child, Siobhan Britton remembers her mum being a nurse as not just her profession, but a defining part of who she was.

Toni Britton, 64, came over to the UK from Ireland in the 1970s and trained as a nurse. She worked for the NHS her whole career until retiring around five years ago.

But now she is back on the frontline as she felt it was important to return amid the coronavirus crisis and put her skills and experience to good use to help patients.

Her daughter Siobhan, 34, who lives in Brighton, told HuffPost UK that her mum was an anaesthetics nurse in Bristol. “She predominantly did nursing in theatres which have a highly pressurised environment.

“But my mum is very good at being calm in a stressful situation and she cares very much about her patients.”

Siobhan recalled how her mum worked night shifts when she and her sister were younger to fit around childcare and how being a nurse was something that she always loved and was part of her identity.

Even when the mum-of-two and grandmother-of-two retired, she still kept her hand in nursing by doing the occasional bank shift.

So it came as no surprise to her family when she told them she was returning to the NHS to help treat patients in the fight against coronavirus. 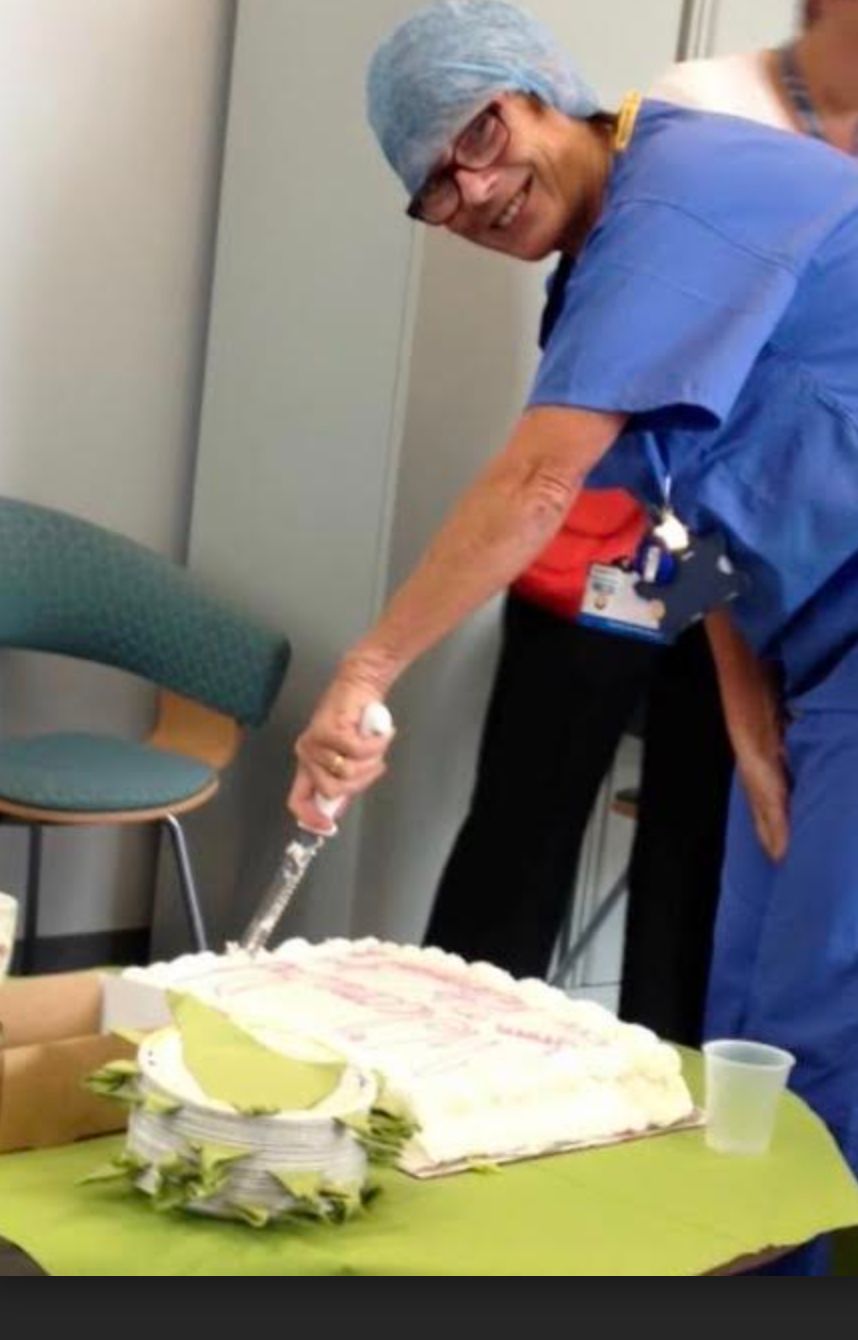 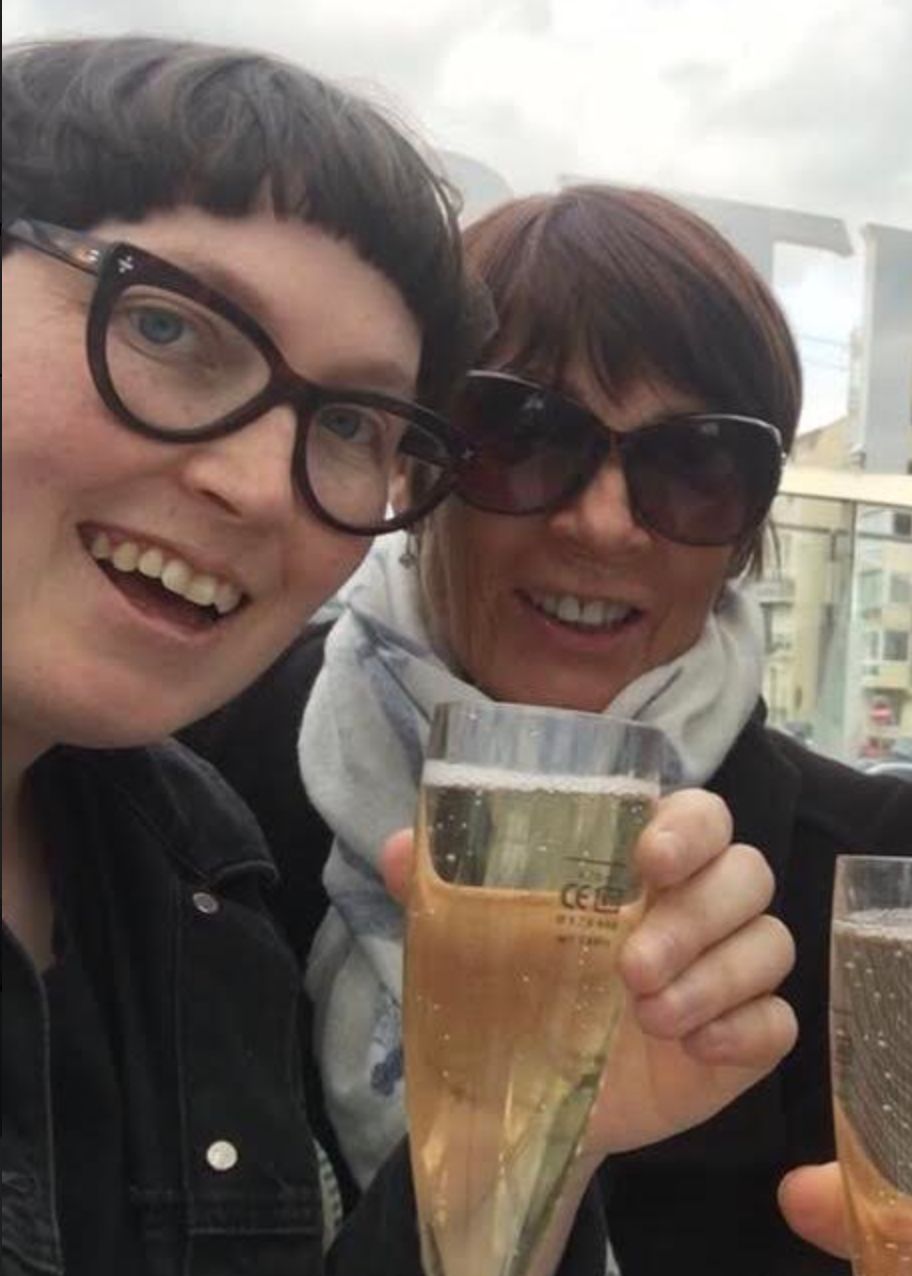 Siobhan said: “Nursing is a job my mum has always done and it is very important to her and she couldn’t imagine not putting herself forward at this time of crisis.

“She thinks: ‘This is exactly what I should be doing’ and she wants to support people with the vast experience that she has.”

Siobhan admits that although her mum is a fit and healthy 64-year-old and has run at least 12 marathons, she and her dad and sister are still worried about the risks.

“I have torn feelings.” she said. “My mum is fit and healthy and active and none of us were surprised when she said she was coming out of retirement to go back into the NHS.

“But I worry a lot as although she will be doing a vital and important role, she will also be exposing herself to risk as her job involves intubating people.

“The whole thing with coronavirus is very scary and it is frightening when you watch the news and see everything that is happening around the world.

“However, I fully support what my mum is doing and am very proud of her.”

I could not sit at home retired knowing what’s going to hit. People are going to die and have already died so I have to do what I can.”Graham Sabino 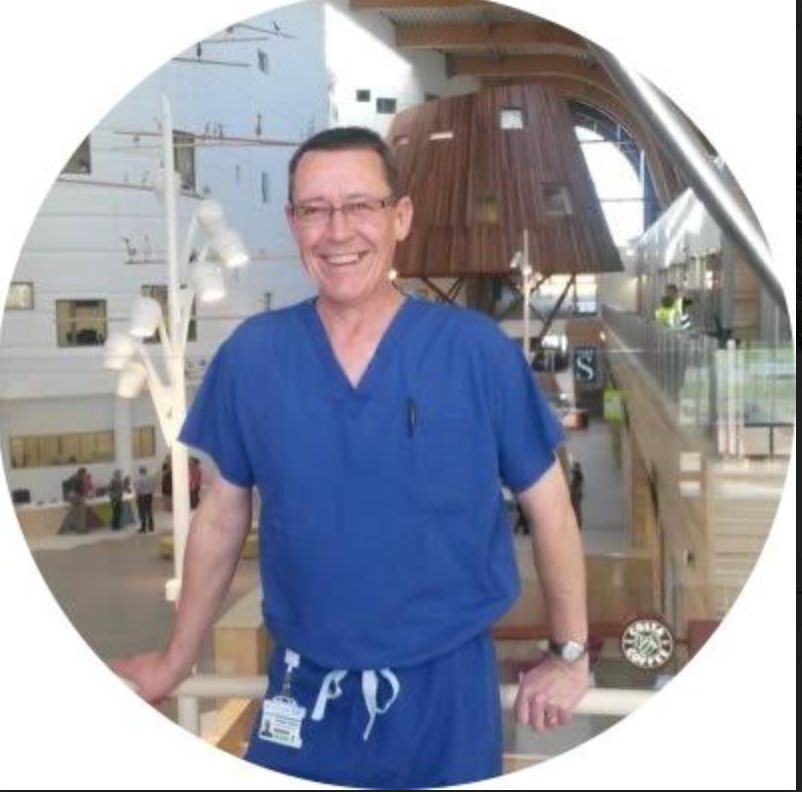 Graham Sabino began working for the NHS straight after school at the age of 17 and did his studying at day release and night school.

He began working in the labs and ended up becoming a clinical perfusionist at Alder Hey Children’s Hospital in Liverpool.

A clinical perfusionist is a highly specialised role which is part of the open-heart surgery team in the operating theatre.

When a heart surgeon repairs a patient’s heart, a heart and lung bypass machine takes over the role of the heart and a clinical perfusionist controls the equipment and uses devices to ensure oxygen reaches a patient’s body and all the other organs are maintained.

Patients can be put on ECMO machines – Extra Corporeal Membrane Oxygenation – which can keep them alive for days and weeks at a time. However, there are only about 30 centres that provide this service.

There are only around 300 clinical perfusionists in the UK, and only five at Alder Hey Hospital, so it is a highly specialised skill. 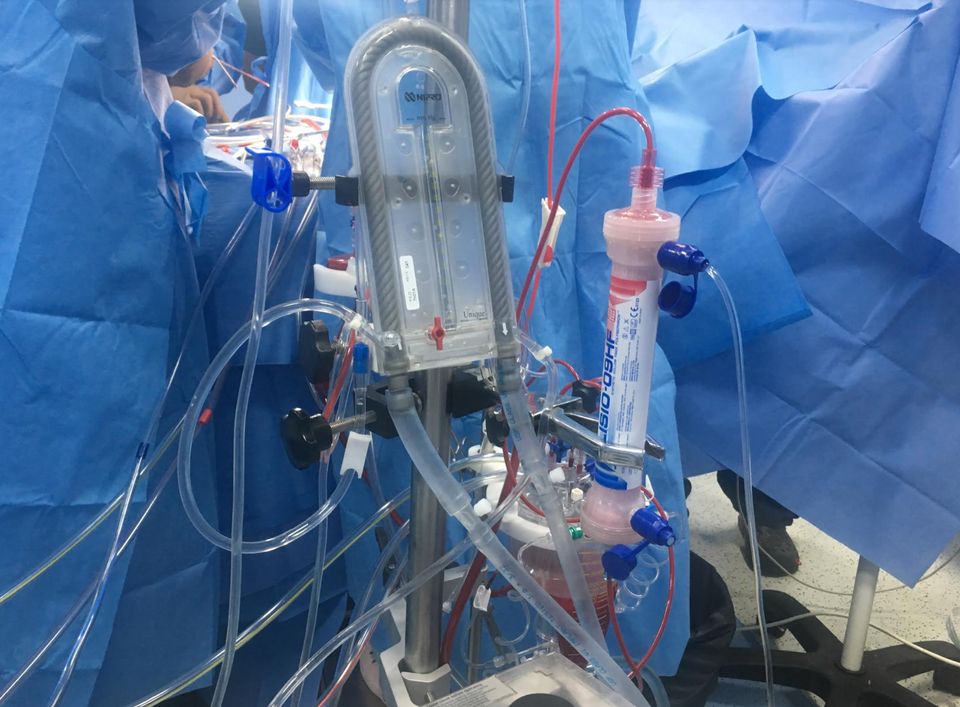 Graham retired from the NHS last May after 41 years, as he felt the time was right.

The 58-year-old, who is married to Cecily and has three children and three grandchildren, told HuffPost UK: “My kids were all grown up and had their own houses so my job was done in bringing up my family.

“I was regularly working 60 to 70 hour weeks and doing one week in two on call. The work was getting more and more intensive and I didn’t want to keep getting called out at 2am so I felt the time was right to retire.”

Since his retirement, Graham has been enjoying spending time with his grandchildren, playing golf and going on holiday with his wife.

However, he decided to still work one day a week at the hospital to keep his registration active. He explained: “I have done a few charity trips abroad helping with heart operations on kids. I still wanted to be available to carry on doing these.

“I enjoyed working one day a week as I was just doing the clinical work without the admin and wasn’t on call.” 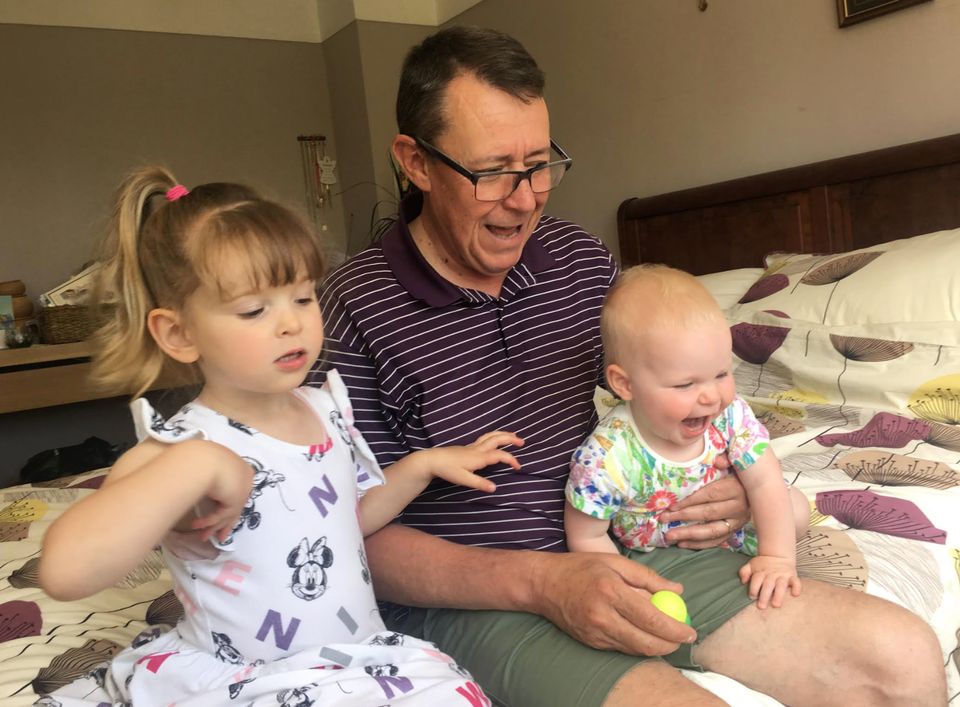 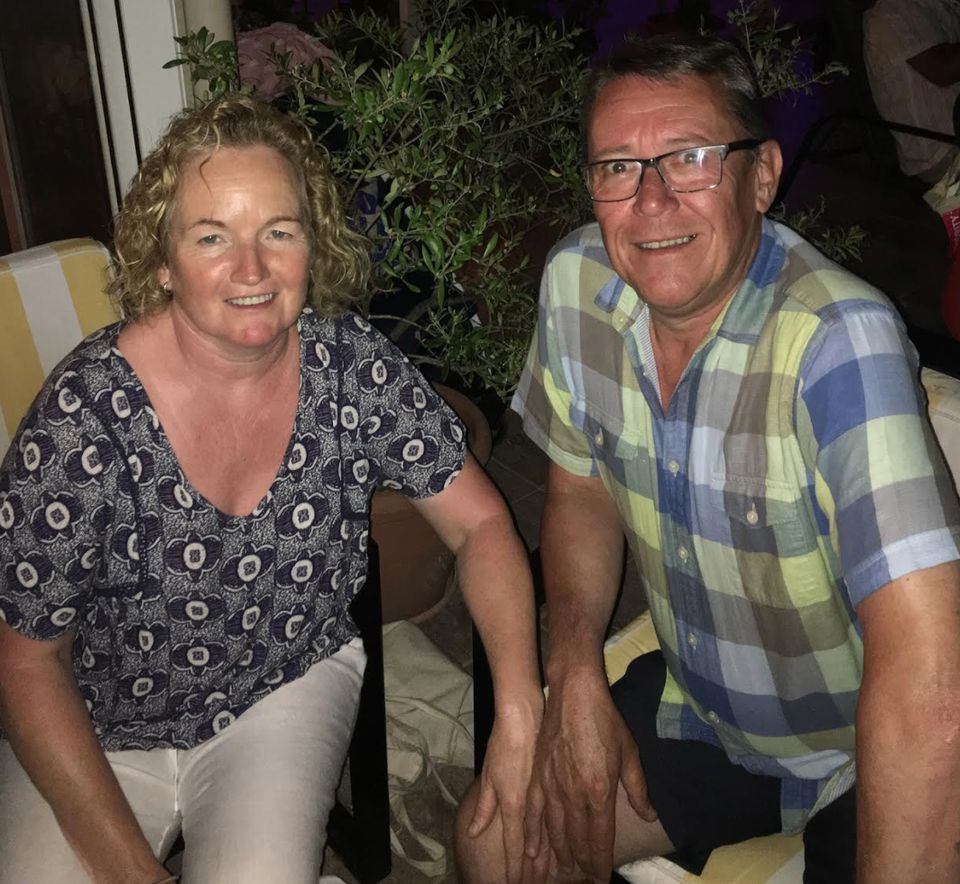 However, as soon as the scale of the coronavirus became apparent, Graham knew he needed to shelve retirement and return to the NHS full-time.

“I know all the colleagues I used to work with and I could not sit here letting them suffer without helping knowing the pressure they will be under.” he said.

“The way this pandemic has been handled has been a disaster and we have got a government who decimated the health service with austerity over the last decade.

“After seeing how coronavirus spread in other countries, we should have been in lockdown in the UK weeks ago. We have not got the capacity to cope.”

Graham has gone back as head of department and has split his team into two so that if people do get ill, they won’t be ill together and will still be able to provide the service.

Modestly, Graham says he doesn’t want to be described as some kind of hero, and says he is just an ordinary person doing what anyone else would do.

“People are going to die and have already died due to coronavirus.” he said. “I could not possibly stay at home knowing there are people that could have been saved.

“I have got specialist skills that are quite rare in the country so I should use them. I am going back to a job I am highly trained to do.

“Hopefully, together with the team, I can help the NHS and patients and make a difference to some people.”