‘No Masks, No Showers, No Soap’: How Coronavirus Is ‘Spreading Unchecked’ In Women’s Prisons

Women inside Britain’s jails have claimed horrific sanitary conditions are putting them at risk of coronavirus infection, suggesting Covid-19 is now affecting a significant number of female prisons.

HuffPost UK has been told inmates are reportedly being held on lockdown for 23 hours a day with no exercise or activities, and that they lack sufficient access to soap, hot water and other basic sanitary supplies.

The Ministry of Justice denies this, saying soap is “available” at every women’s prison, and that it is keeping hot water and exercise available wherever possible.

It said there have currently been no confirmed cases of coronavirus in any women’s prisons.

But inmates say they are seeing other prisoners with symptoms of coronavirus, such as coughing and high fevers. Women say no testing is being carried out and they are using communal showers and being held in cells less than two metres apart.

Prison campaign organisation The View has demanded urgent action from government and the temporary release of all low-risk female prisoners to mitigate the spread of coronavirus in jails.

Screws don’t wanna work. They got no masks and neither do we. No soap. No shower. No hot water. Please let people know how bad it is.

The shocking accounts from women directly inside prisons, seen by HuffPost UK, paint a dismal picture of a lack of infection control.

One prisoner at HMP Downview in Surrey said the system had “completely broken down”.

“There are a lot of women coughing and with very high fevers,” she said. “They are being given paracetamol. No one is testing us.

“Many staff are really worried and they are doing the best they can but they have no PPE [personal protective equipment] and are having to bring food to very sick women in their cells.

“There is no hand sanitiser and no soap unless you buy it off canteen and it is a quid. I get £10 a week for everything including phone credit. We have no hot water in the cells that gets hot enough and we are only allowed to access the hot water dispenser twice a day.”

She said women were scared.

“It has completely broken down, I feel really helpless,” she said. “No visits and I don’t want to use the PIN phone which is coughed all over and used by 60 other women.

“They are not cleaning properly and everyone is really worried. Women are being taken to hospital and not coming back. It’s three days since one was taken and we have not heard anything about her.”

Another woman at the same jail said: “Guv [governor] here has ordered lockdown.

“Twenty-three-hour bang up, screws [officers and wardens] don’t want to work and they got no masks and neither do we. No soap. No shower. No hot water. Please let people know how bad it is.”

The Ministry of Justice denied that 23-hour lockdowns were in use in prisons.

A prison service spokesman said: “No prisoner has been confined to their cell for 23 hours each day and access to hot water, phone calls and exercise is being maintained wherever possible in the current circumstances.

“There is soap available at all 12 women’s prisons.

“We are working closely with Public Health England and following their advice when it comes to testing those with symptoms similar to those of Covid-19.”

A female prisoner at HMP Bronzefield in Middlesex explained some of the inherent sanitary risks inmates were facing.

“The worst part is lack of staff meaning poor cleanliness in communal bathrooms. Women use sanitary towels on the toilet seat to make it less hard, but then [it’s] not easy to remove.

“Also, the walls are covered in congealed toothpaste when women are moved from cell to cell, due to it being used to stick photos up. So you have to clean the walls.” 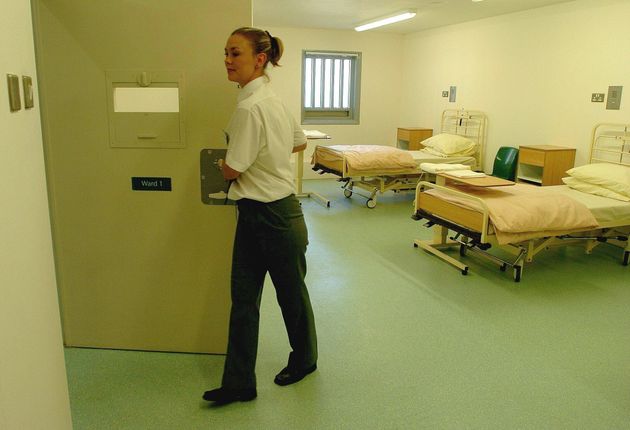 Female inmates are also reporting that all education programs have been shut down and mental health appointments cancelled due to staff shortages.

Another prisoner at HMP Bronzefield said there had three suicide attempts in one night during 23-hour lockdown.

“It is dire in here, so many women self-harming and they not taking nothing seriously,” she said. “Three suicide attempts in one night because of the 23-hour bank up. No shower for three days. I can smell myself.”

Another female prisoner at HMP Send in Surrey spoke of the strain.

“My mental health is in the bucket,” she said. “Took 16 months to see the psychiatrist and get on the right medication and now all mental health appointments are cancelled till further notice.

“I spend the whole day, alone and crying in my cell. I want to die. What is the point? I am coughing my guts out and no one here cares. The staff are kind but they can’t give us medication. The nurse won’t come and see me. I don’t know what to do.” 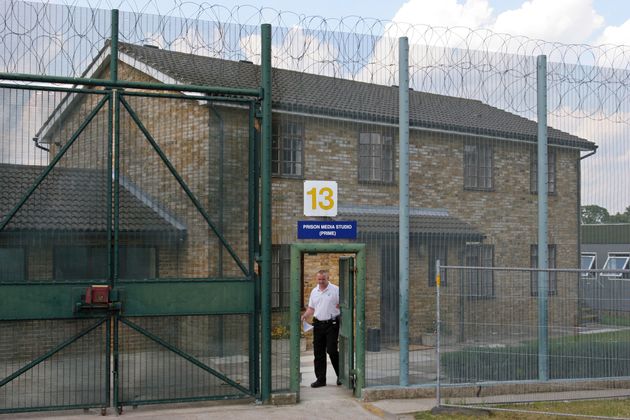 Another prisoner at HMP Newhall in West Yorkshire said women are scared to be moved to the hospital wing.

″Healthcare has basically shut down. [They are] sending women to hospital chained up and no one wants to go because we are afraid if we go to hospital we will get the virus there, if we don’t already got it. What can I do?”

Another prisoner at HMP Drake Hall in Staffordshire said: “They are dragging women to seg [segregation] forcing them to leave their belongings and no phones. The fact they can’t call home or anything is just crazy.”

The View, which publishes a campaigning magazine written by and for women in the criminal justice system and their families and supporters, says it is concerned that lives are potentially at risk from Covid-19.

Editor of The View magazine Clare Simms, herself a former prisoner, told HuffPost UK: ”When the coronavirus started, and we started hearing women had no hot water, no soap, we thought: ‘Hang on a minute – we can’t just sit here and watch this.’

“We have women who have been sentenced to prison, not to death, and they are going to die.

“Women are being taken to the hospital and the prison service is not saying anything about that. They’re not releasing any figures about infection in women’s prisons when we know that it’s happening.

She claims women showing symptoms of coronavirus such as a dry cough and high fever are being reported in seven of England’s 12 female prisons – Bronzefield, Downview, New Hall, Styal, Send, Eastwood Park and Drake Hall.

“Cells are not two metres apart, a cell is less than 1.6 metres, so they’re going to contaminate themselves, each other and prison staff,” said Simms. “Prison staff are going take it home. And eventually all these women are going to be released, and then they’re ticking time bombs, aren’t they?” 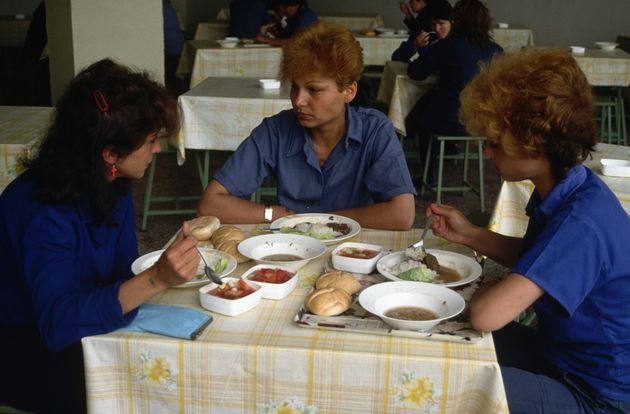 The risks in prison canteens were also stark, she said.

“The other thing is prisoners serve food to other prisoners and they’re not wearing PPE, and some of them are clearly ill, have clearly got symptoms. All of that food will be contaminated.”

Simms slammed the government over the unfolding situation, saying it was a humanitarian issue and that prisoners should be temporarily released.

“Every other western country is doing it – even Iran has let 80,000 prisoners go,” she said. “Even Ireland has let thousands and thousands of prisoners go home. Why isn’t the UK doing it?

“The really strict prison systems are letting people go home as a humane response to a pandemic but we’re just locking them down and locking them in.”

The View has called for the government to urgently implement the temporary release of all low-risk prisoners, known as furlough.

So far the UK government has not considered such measures. 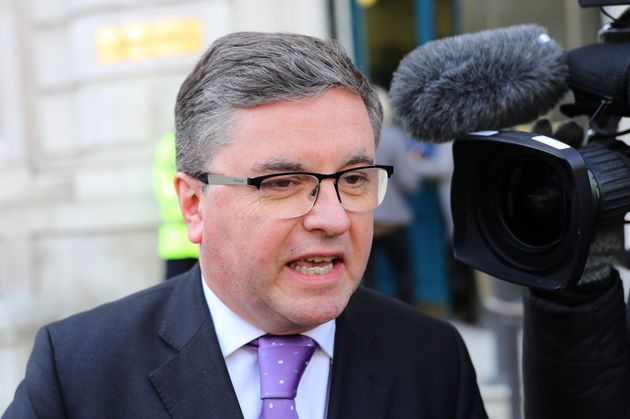 However justice secretary Robert Buckland told the Commons Justice Committee at a hearing on Tuesday that he has not ruled out releasing low-risk prisoners and people who can be managed in the community.

He said he was “keen” to make use of release on temporary licence – where prisoners are let out for short periods after a risk assessment.

Simms said that about 80% of women are imprisoned for non-violent crimes and only about 400 of the total 3,800 female prison population are considered dangerous to themselves or to society.

She said women in prisons are also more susceptible to tuberculosis, asthma and other respiratory diseases due to underlying physical and mental health conditions, adding that “of course, the coronaviruses is a respiratory disease”.

She believes the government should use any temporary release programme as an opportunity to test wider use of community sentences, to ease pressure on England’s overcrowded and understaffed jails.

The Prison Reform Trust calculates that around 20,000 prisoners – almost a quarter of the total – are held in overcrowded conditions.

The View’s wider campaign focuses on the argument for decarceration in the female prison population as it is small and can be well managed.

“What we’re saying is, if the Ministry of Justice can release a majority of women and show that it can be done sensibly and sanely and safely, the public might fall behind a general decarceration principle,” said Simms.

“Prison is just meant to be isolation from society, it’s not meant to be a daily breach of your human rights.”

More than 70 people including prominent academics, writers and peers have signed an open letter from The View to government demanding immediate action to reduce the risk of Covid-19 in the English prisons.

It calls for the government to ensure all prisoners are informed on the status of Covid-19 and their rights, for best-practice sanitation and social distancing techniques in prisons, and for early release of low risk female prisoners. 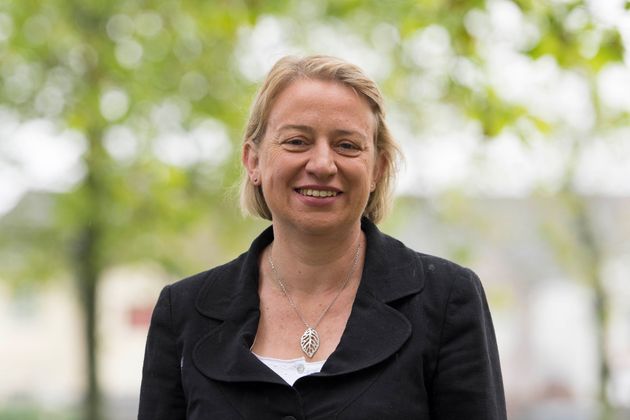 Green Party peer baroness Natalie Bennett, who is one of the signatories to the open letter, said: “Our overcrowded and terribly under-resourced prisons are clearly at high risk for the coronavirus pandemic.

“It is both humane, and in the public interest in reducing the spread of the virus, to release the most vulnerable prisoners, including women, the young and those who are nearing the end of their sentences.

“We should also be emptying immigration detention centres, holding people not accused of any crime, often in the most dreadful conditions.”

MP David Lammy supported The View’s call for the mass decarceration of low-and medium-risk female prisoners, saying: “In my decades of experience as an MP I have met hundreds and hundreds of women in prison.

“This country needs to rethink urgently its approach to imprisoning mothers and vulnerable women. Not one woman was not there because of a man.”

The Ministry of Justice said daily routines in prisons had significantly changed as they had in wider society in response to the coronavirus pandemic.

A prison service spokesperson said: “These are uniquely challenging times and we have all had to significantly change our daily routines to save lives – prisoners and prison staff are no different.

“Our absolute priority is to protect life and we are working closely with Public Health England and changing prison regimes to reduce the spread of the virus.

“To ensure women in prison can stay in touch with family members we are introducing secure phone handsets to all women’s prisons which do not already have in-cell phones.”