8 Things People Diagnosed With Coronavirus Want You To Know

Around the world, cases of Covid-19, the disease caused by the new
How You Can Actually Get Hold Of Toilet Roll Amid Coronavirus

Trevor Mankin, a Lutheran pastor in Seattle who’s had Covid-19, was alarmed at how easily the virus spreads.

On March 1, Mankin visited a friend in a hospital, who he’d later find out had Covid-19. Though he had taken all the right safety precautions — he wore a gown and face mask, and washed his hands thoroughly — both Mankin and his wife felt run down just a few days later, and tested positive for the novel coronavirus on the 11th.

Before his symptoms really kicked in, Mankin stopped by his office to pick up some files. The next day, his secretary went to work. Though he had no contact with her — other than her touching the doorknob or him coughing in a room she later entered — she got Covid-19.

“It can spread so easily,” Mankin said. “It doesn’t seem to matter if you’re in contact with a person or not.”

That’s why practising strict social distancing right now is so important. Staying home as much as possible can help slow down the spread of the virus.

It’s not like the flu or a bad cold

Covid-19 is compared to the flu more than anything else. But Chiara DiGiallorenzo, a 25-year-old based in Miami who’s been battling Covid-19 since March 6, said the infections are far from the same.

Though her illness started with a fever and fatigue, two flu-like symptoms, she knew something was different when she felt a growing tightness in her chest that left her short of breath.

“It is not the flu,” DiGiallorenzo said, emphasising the fact that many people who get it are “fighting for air.”

Christy, a woman in Seattle who recently recovered from Covid-19, also wishes people would stop calling it a bad cold. Her illness started with a multi-day fever that progressed into sinus congestion, a headache and a debilitating “brain fog” that made it impossible to focus.

“It’s not just a cold,” said Christy, who wished to withhold her last name to talk about her medical issues. “I’m pretty healthy and not old (in my 40s), and it kicked my ass.”

Take it seriously, even if you don’t get that sick

About 80% of people who contract Covid-19 will experience what doctors refer to as mild symptoms — a slight fever, a dry cough — and will recover on their own at home. But that doesn’t mean people with a lower risk should take it any less seriously.

Many who’ve had Covid-19 say it’s frustrating to see people downplaying the threat, and cramming together in bars and at beaches.

“I just wish people would be a little more concerned with those people [who have a higher risk] than concerned with just themselves,” Mankin said. He asks people to think not solely about their own needs, but about everyone else’s as well.

DiGiallorenzo has been trying to teach other millennials about the gravity of the pandemic. She’s been hosting Q&A’s on her Instagram page to open up a dialogue and help destigmatise the virus among her peers.

You may not get tested, but that shouldn’t change how you behave

Testing continues to be limited, which means test kits are often reserved for those with the most severe symptoms. At this point, many people who have more moderate symptoms may only be tested for the flu.

DiGiallorenzo said many hospitals were unwilling to test her and her friends (who were also sick) due to their age and level of health.

If you have any symptoms, regardless of whether you’re able to get tested, act like you have Covid-19 and quarantine until you’re better, Christy added.

“You will probably never be able to get tested, so you’ll just have to act accordingly,” Christy said.

Give and accept support

Amid all the chaos, people affected by Covid-19 have felt an outpouring of support. Mankin’s been amazed by “how many people have brought us meals and groceries and just called to check on us.”

Christy felt lucky that she and her husband, who was also diagnosed with Covid-19, had each other while recovering from the infection. But, she worries about those who don’t have others to lean on.

“I would love it if people start thinking about folks who might need a phone call, email or message right now. It’s a great time to reach out to a friend or relative and check in,” Christy said. 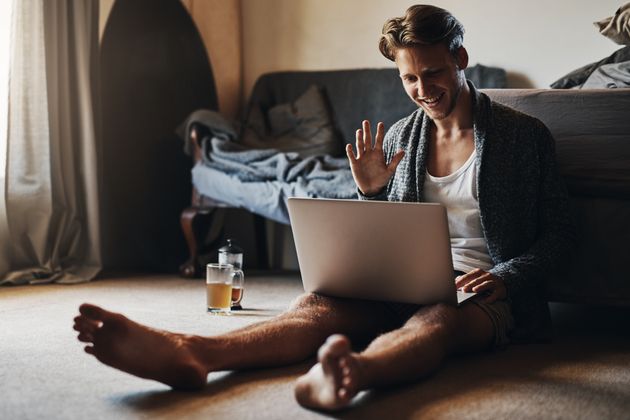 Don’t freak out and panic-shop

Six hundred rolls of toilet paper are not going to help you overcome the illness.

“People need to get their heads on straight and stop hoarding,” Christy said. The real reason you need to shop is to have some food available if you get sick, she said.

Mankin feels similarly. Is he worried he’s going to die, or his wife or kid will suffer? No. But he is worried about his parents, who are in their 70s and haven’t been able to buy groceries because the shelves have been completely cleared out.

“Why do you need 64 porterhouses for the next two weeks? You don’t need to be doing that,” Mankin said. Buy the necessities, but don’t overdo it.

Cut back on the news

Mankin has watched the news every day for years, but recently decided to cut back a bit — and recommends you do the same.

“If I watch the news, I get depressed, I get more upset, I get concerned,” Mankin said. Since the pandemic erupted, he’s gone on “a bit of a news fast” and watches only the highlights for an hour a day.

DiGiallorenzo has felt the same. Though she’s trying to stay as informed as possible, she’s been making a point to unplug and decompress. “There’s such an influx of negativity right now that I try and take a pause daily to meditate,” DiGiallorenzo said.

Focus on the upside

When Mankin was first diagnosed, he persistently worried about what was going to happen to him along with the rest of the country. But he soon realised his concerns were potentially traumatising his children and he was missing out on valuable time with his family.

He recommends focusing on the silver linings, if you can, rather than getting bogged down by the negatives.

“So, you’re stuck at home for six weeks — you know what, I’m never going to have six weeks when I can sit with my daughters and play,” Mankin said. “Stop it and enjoy your family.”

We’re all going to get through it, together, Mankin said. “I really believe that.