The Devastating Effect Coronavirus Is Having On The Entertainment Industry

The long-running US sketch show was supposed to return from a break on 28 March, but production will not resume “until further notice”.

All of the big late night talk shows have been put on a production break. James Corden told viewers they had “explored every option” to try and put a show on for you but felt “the safest thing to do is to stop for a moment and take advice further down the line”.

After much deliberation we’ve decided to suspend The Late Late Show for the time being.We really explored every option to try and put a show on for you,but right now feel the safest thing to do is to stop for a moment and take advice further down the line. Stay safe out there x x

The host said she was “already bored” following the news that her daytime show had been paused. She certainly hasn’t lost her sense of humour though, joking that she and her wife Portia de Rossi have “watched every single thing on Netflix, and are just about done reading the entire internet.”

Hey there. Me again. So, after some more thought, we have decided to suspend production completely until March 30th. We just want to take every precaution to ensure that we do our part to keep everyone healthy. I love you guys, and can’t wait to come back. I’m already bored.

Just checking in.
Portia and I have watched every single thing on Netflix, and are just about done reading the entire internet.
We played “Heads Up!” for 16 hours.
Obviously, I won.
Today, I’m gonna do my show for her and pretend to interview @Cher.
Anyway what are you all doing?

From Russia with love… pic.twitter.com/ZWEMgy63Et

Netflix has stopped production on season four. It is part of the streaming giant’s move to shut down all scripted TV and film production in the US and Canada for at least two weeks.

Lord Of The Rings

Amazon’s reported $1billion series was shooting in New Zealand but production has been suspended with Amazon sending home around 800 cast and crew from the production’s West Auckland shoot. The cast have been told “there are no clear answers when we will resume”.

Production has been paused on the FX show, along with Empire and American Crime Story: Impeachment.

Production has been delayed, along with spin-off Fear The Walking Dead

Production was suspended due to a coronavirus scare.

No Time To Die

The latest Bond film had its release postponed from April to November. The film will now hit UK cinemas on 12 November, and will arrive in the US just shy of two weeks later.

MGM, Universal and Bond producers, Michael G. Wilson and Barbara Broccoli, announced today that after careful consideration and thorough evaluation of the global theatrical marketplace, the release of NO TIME TO DIE will be postponed until November 2020. pic.twitter.com/a9h1RP5OKd

Disney has delayed the release of its blockbuster remake of the animated feature. The movie’s world premiere still took place on 9 March in Hollywood, complete with a red carpet and many of its stars, including Liu Yifei, who plays Mulan.

Peter Rabbit 2: The Runaway, which features the voices of James Corden and Margot Robbie, was due in UK cinemas on 27 March, and the US a week later. But with uncertainty over whether fans will avoid cinemas, that has now been put back to 7 August.

The Colin Firth and Julie Walters remake has seen its release postponed from April 3 to August 14.

Filming has been suspended for two weeks with Warner Bros insisting it will “continue to monitor the situation closely”.

Sony halted production on the video game adaptation for six weeks. The film, starring Tom Holland, Mark Wahlberg and Antonio Banderas, had been in pre-production in Berlin.

The Baz Luhrmann production is on hold after Tom Hanks, who will play the singer’s manager, Colonel Tom Parker, tested positive for Covid-19 along with his wife Rita Wilson. Both have since been discharged from hospital and are now self-isolating. 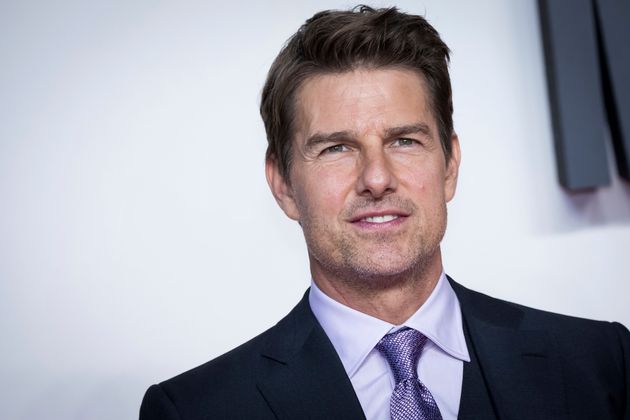 The latest release in the hit franchise had been set to begin filming in Venice but has been put on hold after Italy became one of the countries hardest hit by the virus.

A statement from studio Paramount said: “Out of an abundance of caution for the safety and well-being of our cast and crew, and efforts of the local Venetian government to halt public gatherings in response to the threat of coronavirus, we are altering the production plan for our three week shoot in Venice, the scheduled first leg of an extensive production for ‘Mission: Impossible 7′.

Camila Cabello will play the lead role in a Cinderella musical but Sony said production at the UK’s Pinewood Studios had been suspended for two weeks. 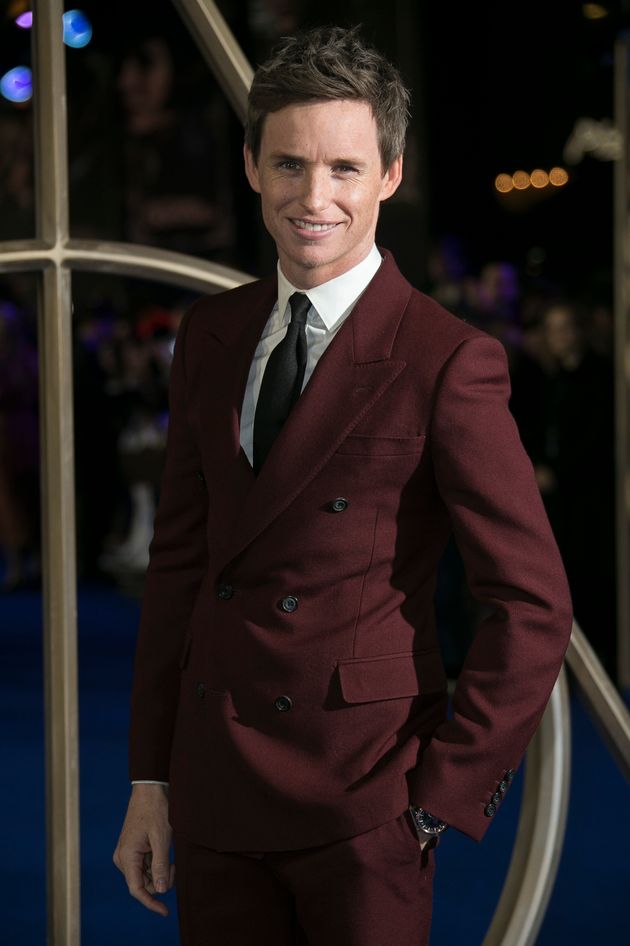 Warner Bros has suspended production on Harry Potter spin-off with no date so far set for a return. The series is one of WB’s top franchises, with the previous two films grossing more than $1.4 billion at the worldwide box office.

Production on was under way in Berlin, but is another high-profile casualty of the virus.

Glastonbury organisers say they cannot yet confirm whether the festival will go ahead but are continuing to plan and prepare for the event.

Adrian Coombs, Glastonbury Festival’s Head of Event Operations, said: “Glastonbury Festival thoroughly plans each year’s event, and puts in place all necessary measures to protect the public and maximise safety. We work closely with all of the relevant agencies, including Public Health England and the NHS, and always review our plans as any circumstances change.

“With this in mind and with our 2020 Festival still 16 weeks away, we continue to plan and prepare for the event, whilst at the same time closely monitoring developments with the coronavirus situation.”

So, after much consideration given the current circumstances, and with the best of intentions, here is the first list of musical acts for @Glastonbury 2020. As things stand we are still working hard to deliver our 50th anniversary Festival in June and… https://t.co/SisRabWwdWpic.twitter.com/sNRyhDMzRV

The music festival has been pushed back from its original April date to October. Festival organisers say Coachella will now take place over two weekends in autumn, 9-11 and 16-18 Oct. 16-18. Country music festival Stagecoach suffered the same fate.

The official line from organisers of the annual song contest – which is due to take place in Rotterdam on Saturday 16 May – is that they “hope to have more information shortly”.

An update about the #Eurovision Song Contest 2020. pic.twitter.com/z2eWk6Bp3g

The teen pop sensation has been forced to postpone a string of US tour dates.

The US rockers have postponed their forthcoming South American tour.

The music legend has pulled more than a dozen concerts in Canada and the US, which had been set to take place in March, April and July as part of his Farewell Yellow Brick Road tour. The concerts are being postponed until a later date.

The legendary rockers have postponed their tour.

The US band have postponed their Van Tour 2020, frontman Dave Grohl said. Some dates have already been rescheduled

The sibling band have cancelled their planned April residency in Las Vegas. “We love you guys and we are praying for everyone’s safety and wellness. We’ll see you soon,” the band said in a statement.

We love you guys and we are praying for everyone’s safety and wellness. We’ll see you soon ❤️ pic.twitter.com/4qxqdXSl1f

Kelly Clarkson, who was also scheduled to begin her Vegas residency at Planet Hollywood on 1 April, postponed the launch of her Invincible shows until July due to the pandemic. The singer also announced her US daytime show had shut down production indefinitely “out of concern and care for everyone’s safety.”

The Radiohead frontman postponed the US leg of his Tomorrow’s Modern Boxes Tour. He tweeted: “Ticket holders, please standby for information on a new routing for later this year. Apologies for the inconvenience.”

The singer has pushed back the March and April dates of the North American leg of her Courage tour. New dates are yet to be announced.

Organisers have cancelled this year’s event. The annual music festival, which had Biffy Clyro, Harry Styles and Camila Cabello on the line-up, was due to take place in Dundee from Friday May 22 to Sunday May 24.

“It is important that we prioritise the health and safety of all those involved,” Radio 1 said in a statement.

Theatres in the West End and around the UK closed from Monday night.

The Society Of London Theatre (SOLT) – which represents hundreds of theatres in the capital including the National Theatre, London Palladium and London Coliseum – and UK Theatre said the decision was “not taken lightly”.

We regret to announce that from this evening SOLT and UK Theatre venues have closed in light of official government advice. Your box office/retailer from whom you bought your tickets will be in contact with regards to refunds and exchanges. Read more: https://t.co/k4ENR118JUpic.twitter.com/cxsLHIMKW5

The Royal Shakespeare Company also announced its three theatres would close following the Government’s advice to stop all “non-essential contact”.

The Royal Opera House said it would close the building to the public and cancel all performances in Covent Garden with immediate effect.

In light of the COVID-19 pandemic, we have taken the decision with a heavy heart to close the building to the public and cancel all performances at the Royal Opera House with immediate effect

We will be in contact with all ticket buyers in due coursehttps://t.co/JxcnP3MLzs

Odeon Cinemas also closed all its cinemas in the UK, saying in a statement: “Following Government guidelines Odeon cinemas are closed until further notice.”

An important message from ODEON pic.twitter.com/tlgnL5FS84

Cineworld and Picturehouse are shutting all UK outlets starting from Wednesday while outlets in Ireland will close on Tuesday.

It’s with great sadness, that Picturehouse is today announcing the closure of all it’s cinemas across the UK starting from tomorrow, until further notice. This decision was made in the light of the current COVID-19 outbreak and recent UK government advice. https://t.co/S0ANQjEfjLpic.twitter.com/9ukCUyH6Zv

Cineworld Group chief executive Mooky Greidinger said: “At Cineworld and Picturehouse we are committed to providing safe and healthy environments for our employees and guests and have therefore made the difficult decision to close our cinemas in UK and Ireland until further notice.

“We deeply value our cinema-loving customers and have no doubt we will be serving everyone again as soon as possible with a full slate of Hollywood blockbusters and the best of independent films and content.”

All 91 of the UK’s Vue cinemas will close from Tuesday 17 March until further notice.

Founder and chief executive Tim Richards, said: “As you would expect, we are also doing our part by putting employment policies in place so that our staff are protected and are not penalised financially.

“We want to wish all our customers and employees well during these difficult times. Thank you for your continued support and we look forward to welcoming you back at one of our cinemas soon.” 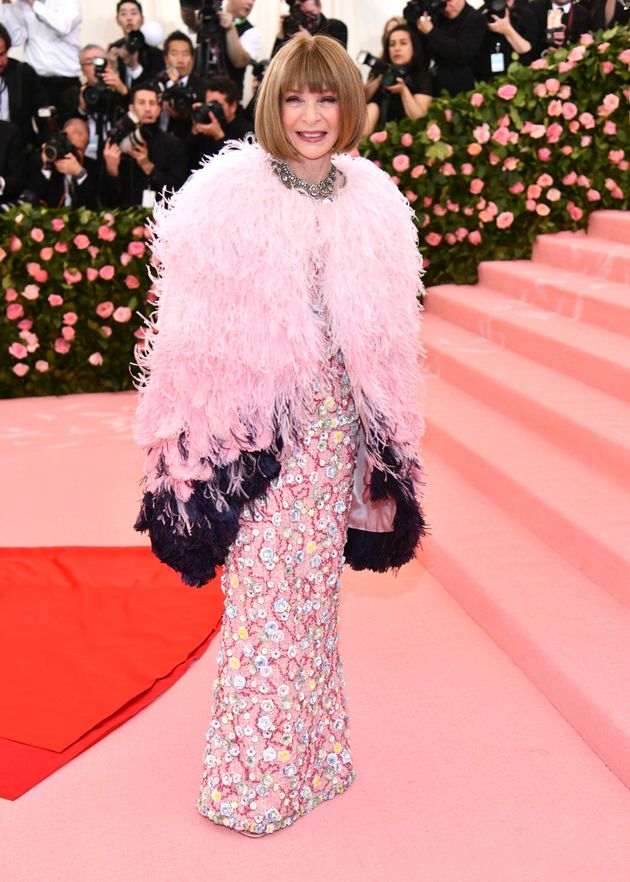 One of the biggest dates in the fashion diary each year, has been postponed “indefinitely”, host Anna Wintour said. In a statement posted on the Vogue website, the magazine editor called the decision “unavoidable and responsible,” and promised a preview of this year’s planned exhibition in the May issue of Vogue.