Six Things You Need To Know About Coronavirus Today

Coronavirus is dominating the headlines as the number of cases grows each day.

According to official figures published on Saturday afternoon, 1,140 people in the UK have now tested positive for the virus – and increase of 342 on Friday’s figures.

The UK’s death toll has doubled in just 24 hours, with an announcement on Saturday that ten more people had died in England, bringing the total number of fatalities linked to the pandemic to 21.

Here are the main developments you need to know today.

Health Secretary Matt Hancock confirmed on Sunday morning that people aged over 70 will be asked in the coming weeks to self-isolate for up to four months in order to protect them from the coronavirus.

Asked if that was in the government’s plan, he told Sky’s Sophy Ridge On Sunday: “That is in the action plan, yes, and we will be setting it out with more detail when it is the right time to do so because we absolutely appreciate that it is a very big ask of the elderly and the vulnerable, and it’s for their own self-protection.”

Pressed on when the measure will be introduced, he said: “Certainly in the coming weeks, absolutely.”

The elderly population are most at-risk from Covid-19, with the overwhelming proportion of deaths occurring in older people, or those with underlying health conditions.

Hancock also confirmed that ministers were seeking to give police powers to arrest and forcibly quarantine people who are sick with the coronavirus but are not self-isolating.

“We are going to take the powers to make sure that we can quarantine people if they are a risk to public health, yes, and that’s important,” he told the Andrew Marr Show.

“I doubt that actually we will need to use it much because people have been very responsible.” 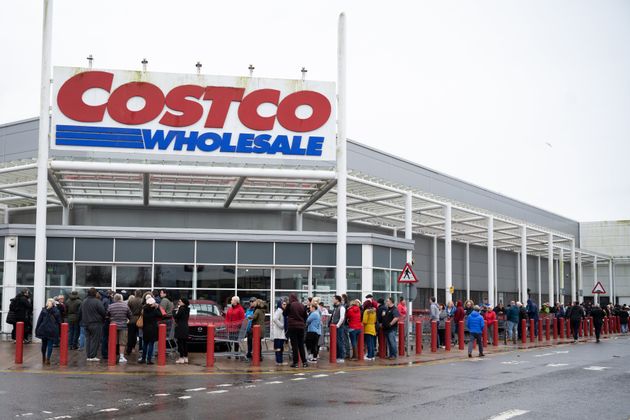 Public Health Wales has confirmed 34 new cases of Covid-19 in Wales, bringing the total number confirmed in the country to 94.

Dr Giri Shankar, incident director for the coronavirus outbreak response at Public Health Wales, said: “We are working with our partners in the Welsh Government, the wider NHS in Wales, and others now that we have entered the ‘delay’ phase.

“This is now not just an attempt to contain the disease, as far as possible, but to delay its spread.”

People no longer need to contact NHS 111 if they believe they may have contracted coronavirus but instead, anyone with a high temperature or new continuous cough should stay at home for seven days.

“They should only contact NHS 111 if they feel they cannot cope with their symptoms at home, their condition gets worse, or their symptoms do not get better after seven days,” Dr Shankar said.

Testing will focus on cases admitted to hospital, and based on symptoms and severity.

Foreign Office advises against ‘all but essential’ travel to US 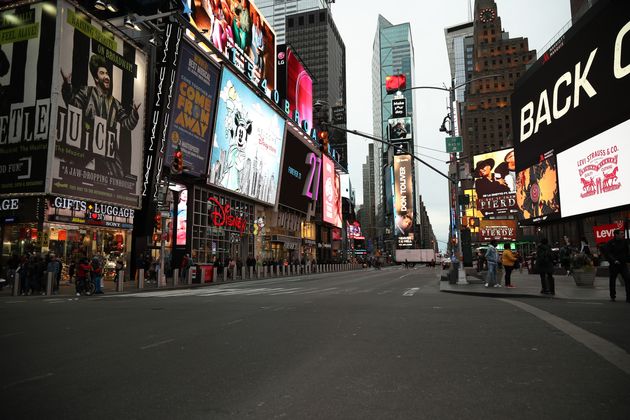 The Foreign Office has advised against “all but essential” travel to the US after Trump’s European travel ban was extended to the UK and Ireland.

A Foreign Office spokesman said: “We are advising against all but essential travel to the USA following the US government announcement imposing restrictions on travel from the UK (and Ireland) effective from midnight on Monday March 16 EST (4am GMT on Tuesday March 17).

British nationals with journeys planned and citizens already in the US are advised to contact their airlines or tour operators. 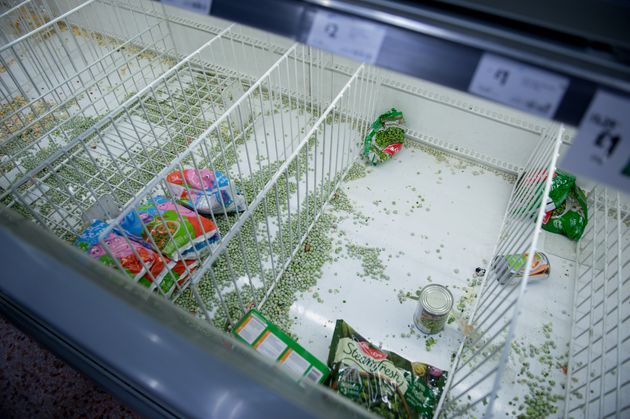 Supermarkets have penned an joint letter to customers urging them not to panic buy, as shelves across the country emptied on Saturday.

Retailers have been hit by increased demand as social-distancing measures are introduced and self-isolation becomes an increasingly likely prospect in the UK.

Signed by giants such as Sainsbury’s, Tesco, Asda, Aldi and Lidl, the letter states: “There is enough for everyone if we all work together,” warning that panic buying could “mean that others will be left without”.

NEW: UK supermarkets have written a joint letter to customers pleading with them not to panic buy. They say doing so could “mean that others will be left without”.

They added: “Those of us with online delivery and click-and-collect services. are running them at full capacity to help you get the products you need when you need them.

“We thank all our colleagues in stores and supply chains who are working day and night to keep the nation fed.” 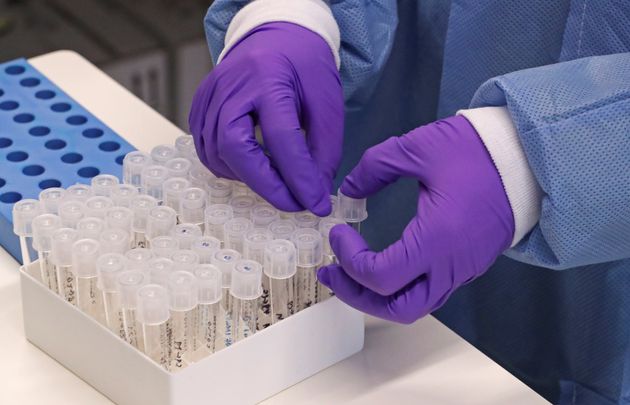 Hundreds of scientists working across a range of disciplines in the UK have accused the government of risking “many more lives than necessary” in its approach to coronavirus.

An open letter signed by 229 scientists, none of whom are leading experts in the science of the spread of diseases, called for tougher policies to tackle the spread of Covid-19 including increased social-distancing measures.

The letter comes a day after it was revealed that ten more people had died in England from the coronavirus, bringing the total UK death toll to 21.

The Department of Health told the BBC that Vallance’s comments had been misinterpreted.

The government has been criticised for its approach to the virus, with many members of the public asking why more restrictive measures seen in countries such as Italy and Spain – where full lockdowns are in place – have not yet been imposed.

The open letter penned by the scientists argues that more aggressive social distancing measures would “dramatically” reduce the speed at which the disease spreads through society – sparing “thousands of lives”. 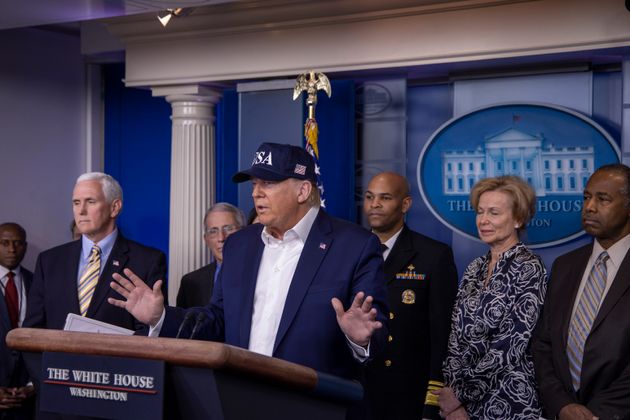 US president Donald Trump has tested negative for coronavirus, according to his personal physician.

The White House released the test results on Saturday night after Trump told reporters hours earlier that he had taken the coronavirus test, following days of resisting being screened despite the fact that he had been in recent contact with three people who have tested positive for the virus.

The US president told reporters at a White House briefing on Saturday that he had his temperature taken and it was “totally normal”, shortly before stepping into the room to discuss the government’s efforts to halt the spread of the virus.

The pandemic has now infected more than 2,200 people in the US and caused at least 50 deaths.

Trump had multiple direct and indirect contacts with people who have since tested positive for the virus, including three people he spent time with last weekend at his Mar-a-Lago club in Florida.

Trump, after days of insisting that he was not exhibiting symptoms of the virus, relented after being pressed by reporters about his resistance to testing when multiple politicians and countless citizens across the country who have had the same degree of exposure have not only tried to get tested, but also chosen to try to avoid potentially infecting others. 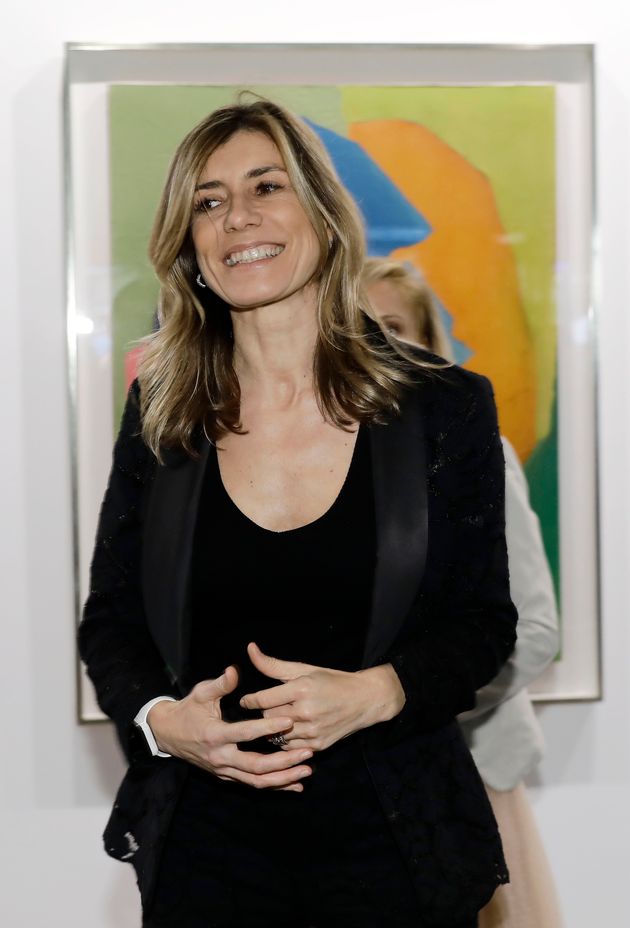 Spain’s government says that the wife of PM Pedro Sanchez has tested positive for coronavirus.

The government said Begona Gomez and the prime minister are in good health.

The others member of the cabinet have tested negative.

Spain announced a nationwide shutdown on Saturday, to come into force on Monday morning, after the number of cases increased by more than 1,500 in the space of a day.