Spanish authorities are set to impose a partial lockdown from Monday as part of a 15-day state of emergency plan to combat the coronavirus, according to a leaked official decree draft seen by Reuters.

The government will say all inhabitants must stay home except to buy food, go to the pharmacy, to the hospital, or to work or for other emergencies.

Bars, restaurants, conference centres and all leisure and sports activities – including cinemas, theatres, swimming pools or football grounds – will be shut down.

A source with knowledge of the talks said the measures that are part of the lockdown could change in Saturday’s cabinet talks.

All public transport would be curtailed, the draft showed, with airline, train, bus and boat operators told they need to cut their services by at least half and that any plane, train, bus or other means of transport can only be a third full.

The draft decree does not, however, foresee closing the country’s borders.

Employers would have the obligation to let their workers work remotely and judicial proceedings will be suspended.

Spain‘s Interior Ministry would control all police forces, including local and regional ones, under the 15-day emergency.

The health and transport ministries would also have nationwide reach, taking over some local or regional powers, according to the draft, which Catalan and Basque leaders immediately criticised.

Spain is the second hardest-hit country in Europe after Italy, with 193 deaths and 6,250 cases so far, public broadcaster TVE said, well up from 120 deaths reported on Friday.

The draft says the lockdown will begin on Monday at 8 am (0700, GMT) while all other measures will enter into force as soon as the decree is published in the official journal.

The government did not comment on the details of the leaks, also reported in Spanish media, but said that only the final version will be valid. 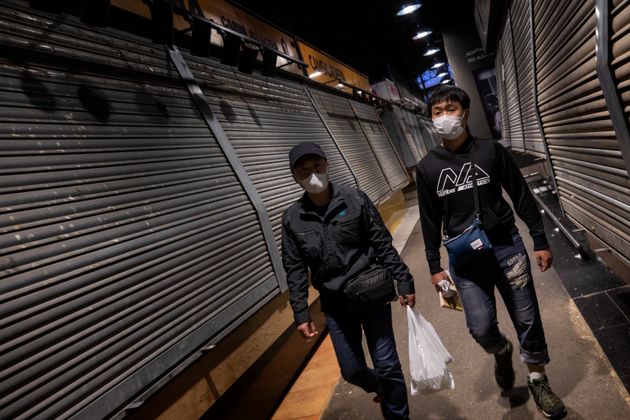 With schools shut across Spain and a first package of economic steps announced on Thursday, the government had also been expected to announce economic and social measures on Saturday to mitigate the impact of the fight against the coronavirus.

But ministers failed to agree in a seven-hour cabinet meeting on Saturday on what these should be, a source close to the negotiations told Reuters. The source added that the government would aim to agree on the measures on Tuesday.

A news conference with Sanchez, initially announced for 1pm GMT, was delayed and was now scheduled for 7pm GMT.

The draft decree would also allow the government to ration supplies and requisition factories and buildings.

It did not detail what the sanctions would be for breaching the lockdown or other aspects of the state of emergency.

Earlier in the day, authorities in Madrid urged people to stay home, Madrid and the southern city of Seville announced the cancellation of hugely popular Holy Week celebrations and shops in several regions had already shut down.

Sanchez’s leftwing government took few steps at first to impose tough measures and changed tack only this week. The opposition has criticised the government for letting events like International Women’s Day marches go ahead a week ago.

National and regional authorities have said they reacted appropriately, taking stronger measures when the number of cases started soaring on Monday.

In an increasingly deserted capital city, posters put up by the city authorities read: “The best option to prevent the propagation of the virus is to stay at home.”