A highly decorated police officer convicted of possessing a child abuse video on her phone has been sacked without notice by the Metropolitan Police, sparking criticism from campaigners.

Superintendent Novlett Robyn Williams, 54, was dismissed with immediate effect after a special disciplinary hearing on Friday found her conviction amounted to “gross misconduct”.

Williams, who was commended for her work after the Grenfell Tower disaster, was sentenced to 200 hours community service for possessing an indecent image at the Old Bailey in November.

Leroy Logan, a former superintendent in the Metropolitan police, slammed the force’s decision.

“The Met has played fast and loose with a highly decorated Black officer by fast tracking the disciplinary process, when it could have waited for the appeal hearing Robyn had made against the initial conviction,” he told HuffPost UK.

“This is going to have a massive impact on the Black community’s trust and confidence in the Met, which in turn will have a detrimental impact on recruitment and reduce the chance of it ever being reflective of London.”

According to recent statistics, some 13% of Met police officers are from a Black and minority ethnic background, prompting calls for the force to become more racially diverse.

A report by the Police Foundation, published in January 2020, found that while ethnic diversity within police forces was rising across the UK, the number of Black police officers had “barely increased” since 2007.

Logan feels that Williams’ dismissal from the force will not inspire Black people to join the police force.

“If I was a potential Met recruit today, I would be having second thoughts after the way Robyn has been treated,” he said.

“I really have to question if a white officer, in similar circumstances, would have been treated the same? I very much doubt it.”

He added: “I’ve known Robyn for almost 30 years and I can safely say that I have never found a more competent and trustworthy officer.”

The Metropolitan Black Police Association described the move as “outrageous” and are accusing the force of being institutionally racist.

“Today the MPS missed the opportunity to change their script, which demonstrated their commitment to eliminating institutional racism,” it said.

“An outrageous decision, but unfortunately, not a surprise making Robyn just another statistic of disproportionality experienced by officers and staff of African, Caribbean and Asian descent (ACA). Outrageous, as 36 years of an exemplary and distinguished career are over in just a few hours.”

The 1999 Macpherson report into the investigation of the murder of Stephen Lawrence found the Met police to be “institutionally racist”.

“There are guidelines that allow for discretion, however Robyn was not afforded this privilege from start to finish of the process,” it added.

“Despite the unprecedented and overwhelming expressions of support from colleagues, communities of London and beyond, calling for Robyn to continue to serve London, their voices were ignored.”

The Met denied allegations that race had any bearing on the decision to dismiss Williams.

Williams said she is “disappointed and devastated” by the decision, according to the Police Superintendents Association, which was supporting her through the trial and the disciplinary process.

She continues to deny any wrongdoing and is appealing against her conviction and sentence. 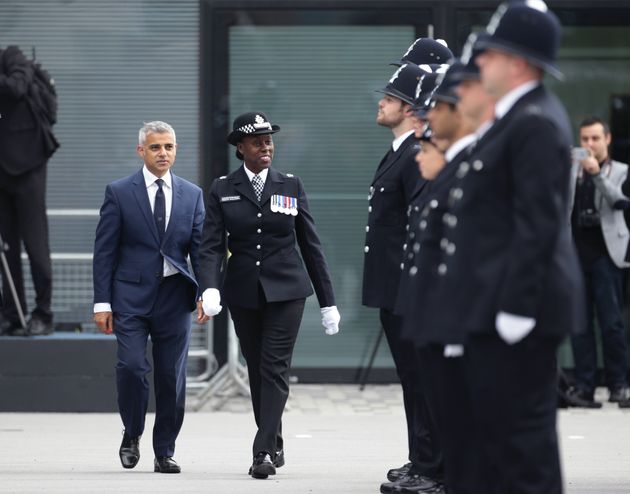 Williams is now considering whether to appeal the decision to dismiss her.

She was called to the hearing over allegations she had breached standards of professional behaviour following an investigation by the Independent Office for Police Conduct (IOPC).

Following her dismissal, the Met said in a statement: “An independent investigation was carried out by the Independent Office for Police Conduct and the MPS agreed with the IOPC that Supt Williams should face a special case hearing following her conviction.

“The MPS is aware Supt Williams has lodged an application for leave to appeal her conviction with the Court of Appeal.

“However, the regulations under which this special case hearing was held require such hearings take place without delay.” 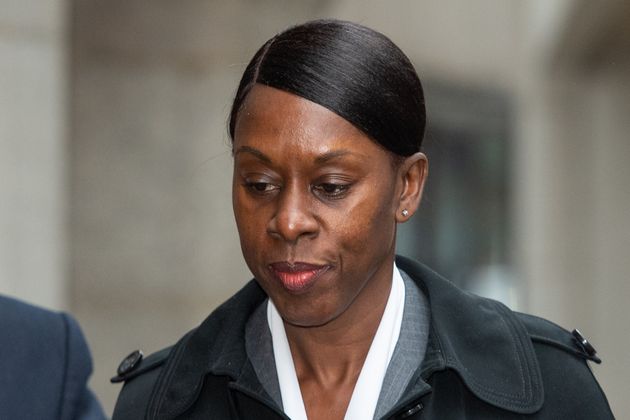 Victor Marshall OBE, professional standards coordinator at the Police Superintendents Association, said: “The hearing heard overwhelming and unprecedented support for Superintendent Williams from communities and people, both inside and outside policing about her dedication to public service in the 36 years she has served.

“She has continuously denied any wrongdoing and the Police Superintendents’ Association has supported her throughout this process.

“We will continue to do so throughout the legal appeal being made against her conviction and sentence, and consideration of appeal against this decision.”

Jurors in November heard how Williams received the video from her older sister, co-defendant Jennifer Hodge, 56, via WhatsApp.

The court accepted Williams did not view the footage but the jury was not convinced she was unaware of it being on her phone.

Hodge was sentenced to 100 hours’ unpaid work after being convicted of distributing an indecent image of a child.

She received the footage from her partner, bus driver Dido Massivi, 63, who was found guilty of the same count as well as possessing extreme pornography.

Massivi was handed an 18-month prison sentence, suspended for two years and ordered to carry out 200 hours unpaid work.