It’s nativity season! That’s right – that means dressing your kids up using a white bed sheet and some tinsel, and et voila, they’re an angel. Unless they’re the donkey, in which case you’ve got your work cut out.

Still, there’s nothing as heartwarming, tear-jerking or downright sugary-sweet as the sight of little kids acting out the nativity or their Christmas play, is there? Especially when the teacher adds in characters that you’re fairly sure don’t appear in the traditional versions, such as the little girl who played ‘First Lobster’ in Love Actually.

And when something goes awry, it can be the highlight of the show. We’ve selected our favourite nativity stories to fit the festive season – from a unique
Families Share Their Unique Christmas Traditions – How Do Yours Compare?

“My three-year old twins chose to be a shepherd and a sheep because, and I quote them: ‘Mary and Joseph are boring. Baby Jesus just lies there. Too many stars and angels. And wise men are not girls’. The show was probably the most hilarious thing I’ve seen in a while. The wise men refused to welcome the baby Jesus or give their presents. One of the sheep cried. My shepherd was too chatty and distracted, talking to the child next to her throughout the play. But it was delightful. They both sang very, very loudly as well.” – Dr Pragya Agarwal 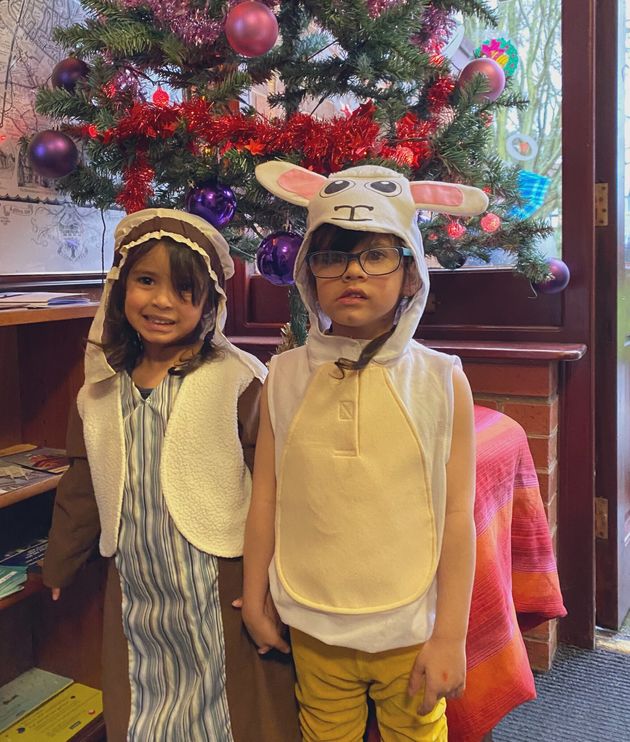 ‘Abba was so seasonal’

“We watched a great school nativity themed on Abba songs – I really enjoyed listening to them sing ‘Money, money, money, it must be funny… in a rich man’s world”. So seasonal…” – Faaiza Bashir

‘My autistic seven-year-old got to be a security guard’

“My autistic seven-year-old wanted to be a security guard in his nativity, so his teacher wrote the part into the play for him (because she’s awesome). It was the first time he’s had a role where he had to learn lines. The play was a nativity from the point of view of a choir who were auditioning to be the special star of Christmas. The choir teacher was Ms Mars and he was her security guard. He came on stage, and when the other stars came up to her, he said: “Woah, get back!” and “Woah, get back. She’s very important.” It was the first time I’ve seen him really excited about being in a show.” – Holly Winter Stevens 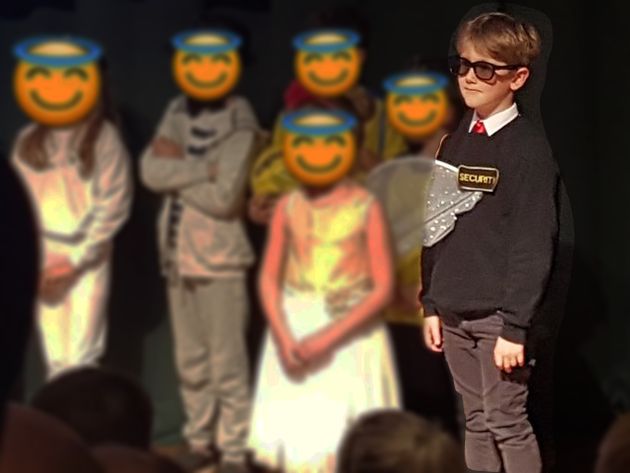 ‘The funniest thing was the 6ft basketball professional’

“A 6ft 7in ex-basketball professional trying to sit on one of those teeny nursery chairs was pretty amusing in our child’s nativity. He’s the dad of one of the kids in my son’s class at nursery, and a really nice guy, but it’s safe to say he looked a little ridiculous. Even with his knees somewhere near his ears, his legs went all the way from the front row to the stage, making him something of a fire hazard. To be fair, he got up much more gracefully than I did. I needed the help of two or three good samaritans.” – Stuart Hood

“My son puked on the shepherd!” – Sarah Campbell

“We went to watch the school nativity play and there was a big dramatic pause. Little Mary looked at baby Jesus and looked up to the sky and asked, “what is love?” and three dads along my row all whisper-sang in unison “baby don’t hurt me” and now we are best friends.” – Dave 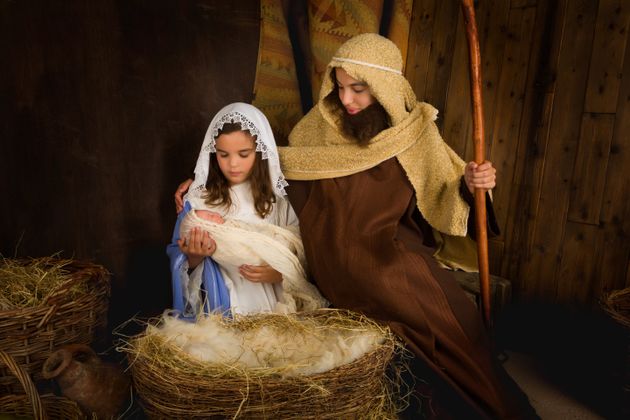 ‘The cat got carried away’

“The ‘cat’ got carried away during the final number and began climbing the hay bales and gym equipment. We thought there was going to be inadvertent crowd surfing – it was a tense moment, but it was resolved by a kind wise man. He noticed the cat scrambling on the hay bales and reached out his hand to lead her down, while everybody else was heartily singing the final song. It was my niece’s nativity (she was a snowflake, jokes aplently about the modern generation). – Loren Cafferty

‘A boy played a door’

“At my son’s nativity play, there was a boy who played the part of a door. They hung a sign around his neck that said, “no rooms”. It was ace, and the young lad looked chuffed to bits.” – Mark Tait

“My son cackled hysterically into the mic”

“When my son played a reindeer in that well-known classic ‘Ralph the Reindeer’ he had one single line. All the four and five-year-olds stood knock-kneed on stage in adorable outfits and a single microphone was passed between them. When Noah’s moment in the limelight arrived, he said his line (“Why didn’t you tell me you couldn’t fly, Ralph?”), realised how loud his voice was in the mic and cackled hysterically. He then shouted his line again into the microphone, bursting the audience’s eardrums in the process, and his teacher had to climb on stage and wrestle the microphone off him in order to pass it to the little girl in the snowman outfit next to him.” – Matilda