Christmas Train Times: Your Travel Guide To What’s Running And When

Revealed: The Best And Worst Times To Drive Home For Christmas

Check before you travel on Christmas Eve. Most train operators are running as normal up until midday, before slowing down services. Last trains tend to be between 7pm-9pm depending on the route and the operator, with some airport services running until midnight.

The key news for commuters is that no trains will run to or from London Paddington station on Christmas Eve, including Heathrow Express services, due to engineering works. Because of this, TfL Rail will run an amended train service between Reading and Slough as well as rail replacement buses.

There won’t be a Caledonian Sleeper service on Christmas Eve.

Thameslink, Great Northern and Gatwick Express are running a normal timetable until 1pm, when they will switch to an off-peak service. Services will start to wind down from 8pm.

For c2c, trains will run normally until 10am and then an amended service is planned to run, while Avanti West Coast is due an “early close down”. On Southern Railway, a reduced service will start to operate from 7pm with no trains running after 11pm.

Last trains tend to be between 7pm-9pm depending on the route and the operator.

Chiltern will run a weekday timetable, amended from 3pm, with an earlier than usual finish. Cross Country is operating a normal service until mid-afternoon and then trains will be less frequent – an 8pm shutdown of train operations means last trains will be earlier than normal.

There are more altered afternoon timetables for East Midlands Railway and Great Western Railway (GWR). With the latter, trains won’t be running from between London Paddington and Slough/Reading due to engineering works.

On Grand Central, some services will not run – you can see which ones here. Hull trains is running an amended timetable all day, and the 19:08 Hull to London Kings Cross service will not run.

For Island Line, the network will shut down completely from late evening – so don’t get caught out. If you’re planning to travel on Tuesday evening, check to make sure your journey will be possible. 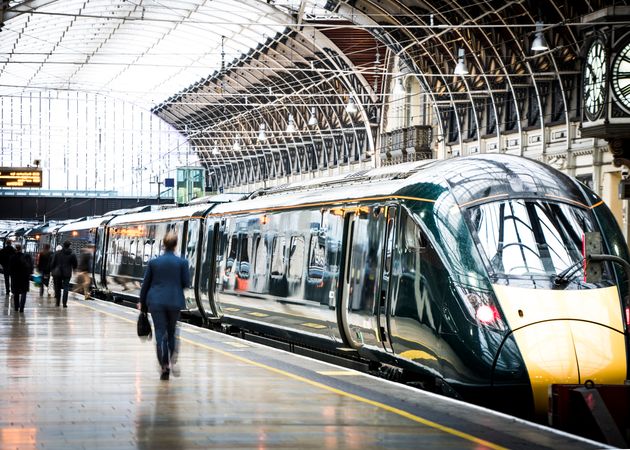 The London Overground, Merseyrail, TransPennine Express, Transport for Wales and West Midlands Railway appear to be operating normally in the day with an early shutdown on all routes. While on all Northern routes, trains will start to be withdrawn from 7pm, and after 9pm, most services will not run.

A normal Tuesday service will operate for Southeastern during the day, with a revised evening peak Mainline London Cannon Street service. No trains will operate after 10pm.

You can see the last trains running from Londonon Christmas Eve here.

There are no rail services operating on Christmas Day. If you’re planning on travelling, you’ll have to make alternative arrangements or stay where you are.

Chiltern will be running a special service of two trains per hour in each direction, between London Marylebone and Oxford Parkway, from 8am until 8pm. No other services will operate.

For the first time, Northern will run some trains on Boxing Day between Skipton and Bradford, Ilkley and Bradford, and Bolton and Salford Central. Merseyrail is also running a special service between 9am and 7pm on Boxing Day, calling at selected stations.