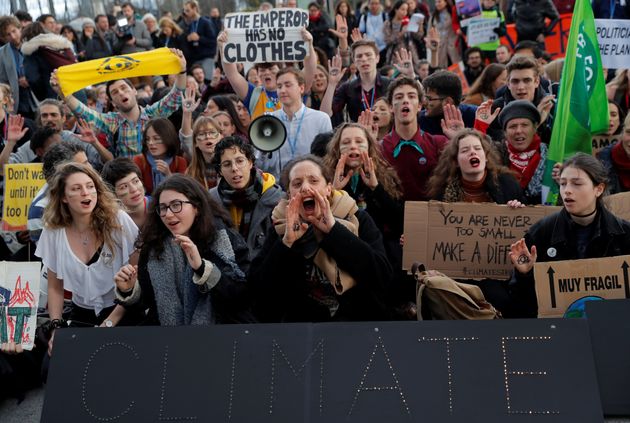 As the UN climate summit in Madrid ground to a close two days late, environmental activists were left frustrated after leaders failed to take bold steps towards tackling climate change.

Planned for a fortnight, the talks were supposed to indicate the collective will of worldwide governments to take the decisive action scientists say is needed to slash greenhouse gas emissions in time to prevent rising global temperatures from hitting irreversible tipping points.

It was hoped that ambitious plans could be implemented at the summit, but with the conference on track to endorse only a modest declaration lacking a clear, unambiguous call for countries to next year raise their targets to cut emissions, the mood on Sunday was subdued.

Larger nations such as the US, Brazil and Australia have been accused of dominating the conversation and ignoring the concerns of smaller nations – some of which are much more vulnerable in the short-term to the effects of a climate crisis.

With millions marching in streets worldwide to demand action on climate change, leaders have been criticised for ignoring urgent pleas from their citizens after failing to take a bold stance on the issue.

“These talks reflect how disconnected country leaders are from the urgency of the science and the demands of their citizens in the streets,” said Helen Mountford, vice president for Climate and Economics, at the World Resources Institute think-tank. “They need to wake up in 2020.”

Bleary-eyed delegates were expected to conclude the meeting on Sunday.

It had been due to finish at the two-week mark on Friday but has run on for two extra days – a long delay even by the standards of often torturous climate summits.

Earlier, talks president Chile triggered outrage at the summit – known as COP25 – after it drafted a version of the text that campaigners complained was so weak it betrayed the spirit of the 2015 Paris Agreement.

The process set out in that deal hinges on countries ratcheting up emissions cuts next year.

However, it was still seen as a weak response to the sense of urgency felt by communities around the world afflicted by floods, droughts, wildfires and cyclones that scientists say have become more intense as global temperatures have risen.

Scientists say the world will only have a chance of avoiding catastrophic warming if countries move fast to slash emissions under the Paris agreement, which enters its crucial implementation phase next year ahead of another summit in Glasgow.

But the talks become mired in disputes over potential loopholes in rules governing international carbon trading, favoured by wealthier countries to reduce the cost of cutting emissions. Brazil and Australia were among the main holdouts, delegates said.

Some of the smaller states reportedly left the summit early due to claims they were being ignored.

Carlos Fuller, chief negotiator for the Alliance of Small Island States, said the 44 low-lying nations in the bloc wanted strict rules but were being sidelined as larger countries dominated the talks.

“Are we a party to this process or not?,” Fuller asked reporters outside a meeting hall, before delegates began drawn-out formal procedures to bring the summit to a close.

It’s not just the attendees who have voiced their anger – politicians and activists have also widely criticised the glacial pace of discussions online.

An utter failure.#COP25 & conferences like it are intended to be actual negotiations to urgently drawdown global carbon emissions – not cocktail parties to make politicians feel better about themselves as they squash dissent & sell off our futures to fossil fuel interests. https://t.co/cw1B1dtS53

It seems like #cop25 in Madrid is falling apart right now. The science is clear, but the science is being ignored.
Whatever happens we will never give up. We have only just begun. https://t.co/wEFIDLU382