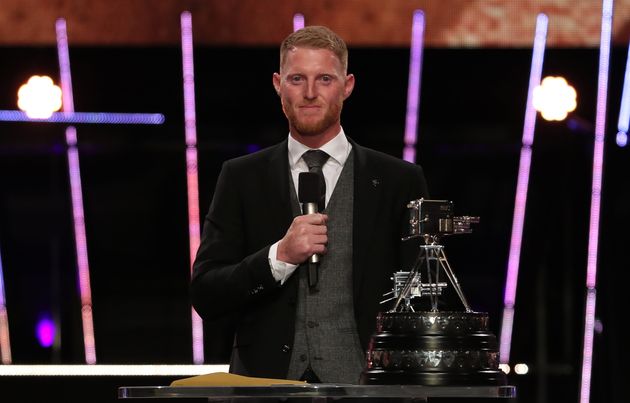 Ben Stokes’ incredible summer has secured him the BBC Sports Personality of the Year award for 2019.

The 28-year-old held his nerve as England triumphed in a Super Over to win the Cricket World Cup in July, and just over a month later his glorious unbeaten 135 at Headingley won the third Ashes Test for England.

Stokes’ sizzling summer had made him the overwhelming bookmakers’ favourite for this award, and the public vote saw him finish ahead of Lewis Hamilton and Dina Asher-Smith at the event in Aberdeen on Sunday night.

It is a story of redemption for Stokes, who in 2018 was cleared of affray charges following an incident outside a Bristol nightclub in September of the previous year.

Stokes and his fellow World Cup winners were named Team of the Year while the moment the trophy was secured claimed the Greatest Sporting Moment of the Year award.

Asher-Smith’s coach John Blackie was named Coach of the Year, having worked with the world champion since she was eight at the Blackheath and Bromley Athletics Club.

Asher-Smith said: “John deserves this so much. He’s just so inspirational, so selfless and he has been working in track since before I was born.”

Wheelchair racer Grey-Thompson won 11 Paralympic gold medals between 1992 and 2004 as well as six London Marathon titles. Following her retirement she has remained heavily involved in sport, working on the board of the London Marathon and the SportsAid Foundation.

The award ceremony had got off to a poignant start as former Scotland rugby union international Doddie Weir was presented with the Helen Rollason award.

The 49-year-old was diagnosed with motor neurone disease in 2016, and he has spent the time since then working to raise awareness of the condition through his charity My Name’5 Doddie.

Weir, who won 61 caps for Scotland, said: “It’s quite ironic being a Scottish rugby player in the 90s, this is the closest I ever got to a trophy.

“The generosity and support towards my foundation has been outstanding.”

Keiren Thompson was the overall winner of the Unsung Hero prize out of a pool of 15 regional award winners.

Thompson is the founder of Helping Kids Achieve community group in Nottingham, and was presented with the award by Eliud Kipchoge, who was named World Sport Star.