Why England Might Get A Circuit Breaker Anyway, Despite What Boris Says

October 20, 2020 By Kourosh Maheri No Comments Posted in Style

Boris Johnson branded the idea of national lockdown “extreme” when he updated the public on coronavirus from the now-famous Downing Street lectern.

That included any suggestion of a two-week “circuit breaker” shutdown over half term, despite infection numbers in England “flashing at us like dashboard warnings in a passenger jet”.

But since he slid out of view, Johnson has become increasingly isolated over his decision on a short, sharp clampdown, as MPs, scientists and a majority of the public demand he change course.

On Monday, first minister of Wales Mark Drakeford announced there would be a “fire breaker” lockdown from October 23 to November 2, piling yet more pressure on Johnson to act. It followed similar moves by the governments in Scotland and Northern Ireland.

Could No.10 be on course for yet another policy U-turn? Here’s the latest.

The most powerful argument for a circuit breaker lockdown is: the scientists advising government have been calling for it since September 21.

SAGE (the Scientific Advisory Group for Emergencies), known to you and me as “the science” that No.10 has repeatedly insisted ministers are “guided by”, published its most recent minutes last week.

The document made plain that, as well as an immediate two-week shutdown, SAGE members backed a string of measures, including banning all contact between different households and closing all bars, restaurants and gyms.

Johnson’s reaction was to ignore all demands apart from one, which was to change the official guidance from “go to work, if you can” to “where you can effectively, work from home”.

While the SAGE advice dates back almost a month, Jeremy Farrar, who sits on the committee, said on Sunday it was “never too late” to order the “reset” measure, saying: “It’s better to do it now than in a month’s time.”

Speaking to Sky on Sunday, Cabinet Office minister Michael Gove rejected the idea, however, telling presenter Sophy Ridge: “At the moment and it would seem to me to be wrong to impose restrictions on the economic and personal life of individuals in parts of the country where the disease is not spreading so intensively.”

Ministers have instead stuck to the new tier 1, 2 and 3 “alert level” system of local lockdowns.

But there are problems with Johnson’s “third way” approach also. 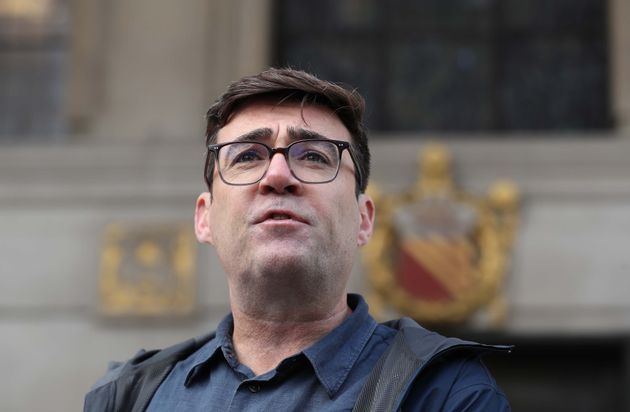 With infections and hospitalisations rising at a higher rate in parts of the north, the government has tried to broker a compromise with its new alert level system.

It categorises Covid impact in parts of England as medium, high, or very high (tiers 1, 2 and 3) with the latter triggering the most stringent measures, such as blanket hospitality venue shutdowns.

While Liverpool is under tier 3, Greater Manchester local leaders, including mayor Andy Burnham, have rejected tighter restrictions, saying the pressure on hospitals does not merit it and that furlough support should be at 80% of workers’ wages, not the two-thirds proposed.

Burnham accused Johnson of treating the city region like a “sacrificial lamb” over the financial package but Downing Street hit back on Monday, saying the city’s ICU beds would be full by November 12 without new measures.

Opposition to the severest measures has not come solely from Labour politicians, however, with Tory grandees, such as Graham Brady – who represents Altrincham and Sale West – calling for an exit strategy from Johnson.

The PM also faces pressure from within his own cabinet to stick to the alert level system, with figures such as chancellor Rishi Sunak reported to be deeply concerned about the hit to the country’s economy over the long-term if closures continue.

And while the Welsh Assembly has backed a “circuit breaker” lockdown, Nicola Sturgeon is set to introduce a similar tier system in Scotland, with details to be announced later this week. 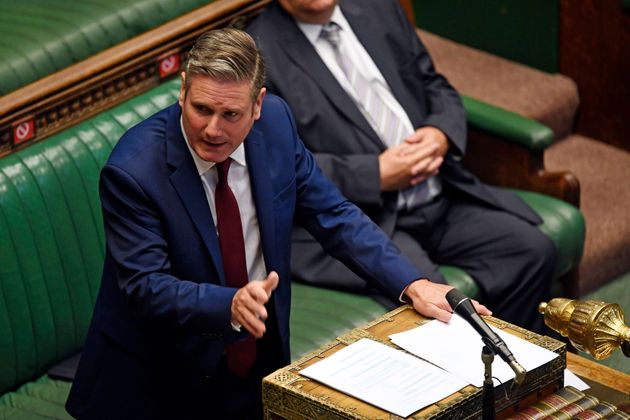 On the surface of it, this move corners the PM, especially given the opposition has so far backed the government’s Covid measures, but some commentators have suggested the opposite is true.

Following a series of embarrassing U-turns on free school meals, face coverings, test and trace, and much else, it has been claimed Johnson will not want to seen to be following his opponent yet again.

But Starmer’s decision to side with “the science”, coupled with pushback from “red wall” constituencies that broke with Labour for the Tories in December, undeniably heaps pressure on the PM to act.

Shadow Cabinet Office minister Rachel Reeves doubled down on Labour’s positioning on Sunday, saying her party would back a lockdown during other half-term breaks, too.

Johnson will also be troubled by polls saying a large majority of the public backs a circuit breaker. A survey conducted by YouGov found that almost seven in 10 (68%) would support stricter measures.

But there is a fight ongoing for Johnson’s ear at the cabinet table, as well as in the court of public opinion. 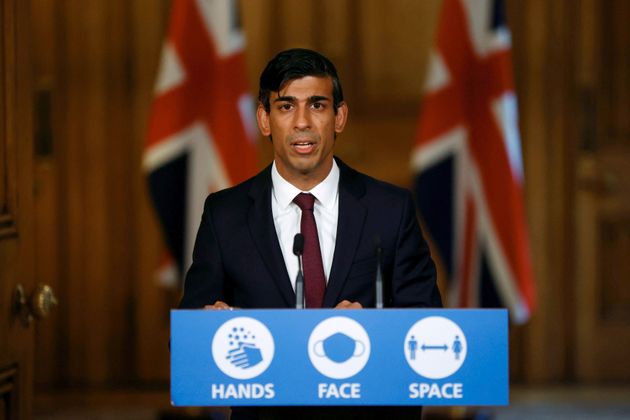 Since the early stages of the crisis, there has been tension in Johnson’s top team between two groups known as the hawks and the doves.

The doves, such as health secretary Matt Hancock and Gove, are said to prioritise the NHS and back tougher social distancing measures.

Hawks, meanwhile, who are led largely by chancellor Rishi Sunak, fear for the economy and say the burden of closures risks exacerbating the inevitable unemployment crisis that will follow the pandemic.

Johnson’s decision to reject SAGE’s advice on a circuit-breaker is viewed as a huge victory for the hawks, who underline to the PM that further lockdowns will have a deeper, “scarring” effect on the economy.

But could the government U-turn again?

The PM on Monday was locked in a battle to save his “balanced” approach, amid reports he will offer a deal to Greater Manchester worth “tens of millions” to enforce new measures.

And though figures for infections and hospital admissions, published daily by the Department for Health and Social Care, are not yet comparable with March, ministers may simply be buying time and delaying the inevitable.

Whitty said while local lockdowns may help to slow the virus, he was “not confident” that the highest alert level alone “would be enough to get on top” of the virus. His statement was later backed by Vallance.

Labour shadow chancellor Anneliese Dodds has also suggested that delaying lockdown could do more harm to the economy by prolonging restrictions in the medium term.

The PM is expected to hear again from scientists and his Cabinet colleagues in the coming days.

Whether he will stick to his middle road, or yet again be persuaded to take a new direction, remains to be seen.